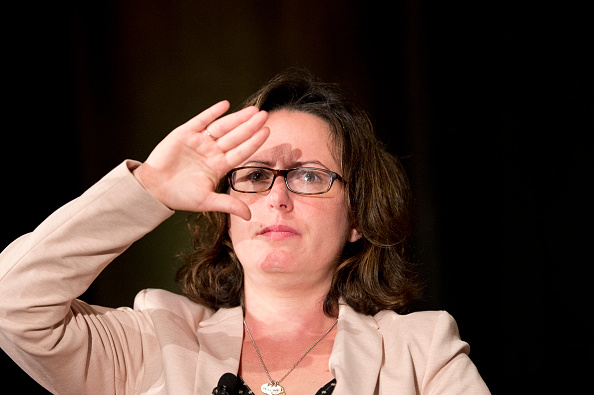 6:05 — I feel bad for some of the legit news people over on NBC (and MSNBC) like Kyle Griffin and Rachel Maddow. This is a total Chuck Todd move.

Trump’s youngest son, Barron, 14,
tested positive, but exhibited no symptoms, according to the 1st lady. He has since tested negative again, as has his mother, she says.

3:20 — Elizabeth S sends this piece from WashPo along, which not only details efforts by conservative influencers to suppress the vote (with video), but also a conspiracy theory conservatives are spreading that it’s the left trying to delay the election so that Nancy Pelosi can take over the Presidency in January. JFC. It is crazy talk:

In an interview with The Post, Fitton elaborated on his remarks. “The left has war-gamed this out,” Fitton said. “And it could cause civil war.”

Brent Bozell, a CNP executive committee member and founder of the Media Research Center, another tax-exempt charity, told attendees at one of the August sessions that he believes the left plans to “steal this election.”

“And if they get away with that, what happens?” he said. “Democracy is finished because they usher in totalitarianism.”

2:40 — Nooo! Really? No one saw that coming (see Trumpdates below). Shame on NBC for playing along.

EXCLUSIVE: According to multiple sources familiar with the president's thinking, Trump has told close associates that he wishes to counter-program the Biden town hall and score higher TV viewership numbers, and then use such a contrast to humiliate Biden

Don’t play that game, Biden. Move your town hall or don’t move it, but do not take the bait when Trump inevitably throws it out there. NBC, meanwhile, is the Ted Cruz of networks: They’ll let Trump call their wife ugly, but they’ll still give him whatever he wants.

11:33 — Did you detect the sarcasm in Graham’s voice here? No? BECAUSE THERE’S NOT ANY.

I remind you that @LindseyGrahamSC’s opponent in the South Carolina Senate race is @harrisonjaime, who has out-raised him and out-performed him. https://t.co/Sqgty1eTQY

10:40 — The other day, I saw a news story about how Andrew Garfield and Tobey Maguire were reportedly signing on to the next Tom Holland Spider-man movie because they’re doing to do the multiverse, and I got really excited, and I was about to write it up, but then I quickly checked the source — We Got This Covered, home of 101 baseless The Walking Dead rumors per week — and put the brakes on.

Anyway, in a completely unrelated story: After Maggie Haberman breathlessly tweeted about the NYPost story, she’s now sort of quietly walking it back. Hey Maggie! Maybe lead with, “This is bullshit” instead of “check out this legitimate story from a tabloid rag.”

Things that are sketchy in NYP story on Hunter Biden - why wasn’t this in Ron Johnson report if it’s been in possession for awhile? When did Giuliani acquire it? Giuliani has been everywhere on the but this has been kicking around since late last year and unreleased till now?

Again, stipulating that the suspect email is real, there's literally nothing in it that says Joe Biden met with a Burisma adviser.

"The opportunity to meet," may just as easily have meant Hunter promised a meeting in the future that may never have occurred.

I asked Rudy Giuliani how long he’s had the copy of this hard drive. He responded, “Your interested in the wrong thing. This time the truth will not be defeated by process. I’ve got a lot more to go. We just started. Print a headline saying Lyin’ Joe and we can talk.”

Anyway, all of this is clearly a non-story outside of Fox News.

Meanwhile, Axios is endeavoring to push this story because BOTH SIDES. Trump is out there begging suburban women to vote for him by pushing racist policies, but Biden isn’t answering as many questions from a press obsessed with asking Trump questions and largely disinterested in Biden because he doesn’t sell newspapers.

Since Aug. 31, Joe Biden has answered less than half as many questions from the press as President Trump — 365 compared with 753 — according to a tally by the Trump campaign, which the Biden campaign didn't dispute. https://t.co/l6RnqM7jOJ

Axios is pushing Trump camp talking points about Biden answering fewer questions than Trump. Trump lies, makes false claims & repeats disinfo. Respectfully, Axios did not look at the substance of responses. It just took the Trump count and repeated it without a critical analysis.

Well, as long as Trump answered more questions — regardless of the substance, seriousness or accuracy of those answers — that’s all that matters, right?

9:00 a.m. — The October “surprise” has arrived, this in the form of a copy of a hard drive obtained from a computer repair shop owner and provided to the NYPost by Steve Bannon and Rudy Giuliani. The source here should be enough to dissuade any legitimate publication from running it, which is why the Rupert Murdoch owned publication is running it. The “emails” on the hard drive seem to point in the area of conspiracy theories Trump has been pushing against Joe and Hunter Biden for the last year, including the very information he tried to blackmail a foreign country into producing.

The contents of the emails, honestly, don’t make a lot of sense to me, and I’m not interested in making an effort to make sense of any dirt produced by Giuliani and Bannon. From what I understand, the information therein does not even say that the NYPosts says it does, and some of the information in the emails contradicts known public accounts.

Trump and the right will no doubt pounce on it. You shouldn’t pay any attention to it. Serious journalists are not. Maggie Haberman, on the other hand …

“…both the computer and hard drive were seized by the FBI in December, after the shop’s owner says he alerted the feds to their existence.” https://t.co/VggHCJKKI9

I mean, you couldn’t cook up a story more absurd than, “Hunter Biden takes computer in for repair, computer shop owner notifies FBI of contents on hard drive but keeps a copy, and then hands it over to Steve Bannon and Rudy Giuliani, and all the intel seems to support baseless conspiracy theories that Rudy Giuliani has been promoting for over a year.” If there was something in the hard drives worth investigating, wouldn’t the FBI had done that? Also, is there not some sort of law against computer repair shop owners inspecting the contents of hard drives and making copies of them? Not for nothing, but also: Do people still drop their computers off at computer repair shops? This whole scheme sounds more lamebrained than a Jacob Wohl press conference.

This is a Fox News conspiracy story, one that will only play to Sean Hannity’s listeners (I’m not even sure Tucker Carlson would use the NYPost as a source). And Maggie Haberman is pushing it. And so is Bloomberg News, although at least they put the Posts so-called “Smoking Gun” in context:

The Post claims the communication contradicts an assertion by Joe Biden that he hasn’t spoken to his son about his business dealings. But the email doesn’t detail the extent of the meeting or whether Biden spoke to his son about it. It also doesn’t say whether Biden actually met the Burisma adviser, Pozharskyi.

This is not the media’s only colossal f*ck-up today. Remember, how Donald Trump bailed on the debate because it was virtual, and he understood he would not get an opportunity to hector Joe Biden? In lieu of the debate, Joe Biden decided to hold a town hall instead. ABC News will air it. Fine, right? Well, NBC News has decided to give Donald Trump a town hall, too, at the exact same time! So, now it’s not about the substance of what anyone is saying — and god knows, there’s no substance to what Trump is saying, anyhow — but about “ratings,” and of course, Trump’s ratings will be higher because people prefer trainwrecks and the reason why some people are voting for Biden is because he promises to make politics boring again, but Trump will tout those ratings, and the news media will report them … and, anyway, it’s October 2016 all over again. Good times!

BREAKING: NBC News is delighted to provide the president with some convenient counter-programming for the presidential town hall debate he’s ducking. https://t.co/ifsh3atzYA

The decision by NBC News to run a Trump town hall directly opposite ABC's Biden town hall is indefensible.

The point of a news organization is to serve the public. This is the opposite. @NBCNews could literally run this any other day, or any other time. Shameful. (Disclosure: I am a former NBC News exec) https://t.co/I1CrBq3Y3H

Maybe I'm not understanding how the world works because I'm not a big time TV news person but rewarding the candidate who blew up a presidential debate with his own counterprogramming town hall on the same night feels like access-mongering sycophancy.

Shame on NBC for giving Trump a platform after he cowardly canceled the debate. But on the bright side, no one in the world does worse at town halls than Trump. No one. This will be delicious.

Except that I don’t care how “delicious” it might be. I won’t watch. To be honest, I probably won’t watch the Biden town hall, either. But I’m certainly not going to give NBC the pleasure, and ABC should probably move their town hall with Biden so as not to give Trump the pleasure, either.

Anyway, I can’t believe we’re going through this again. I hope Biden wins, and I hope the next four years feature nothing but administrative competence and that the political news media will be forced to write about … policy (gasp!) instead of soap opera dramatics. I, for one, cannot wait to spend more time bitching about bad reboots and confusing Lilys!

← 5 Shows After Dark: 'The Amazing Race' Season 32 Premiere, 'The Con' Premiere ABC | Ice Cube Has Been Secretly Working With the Trump Campaign →