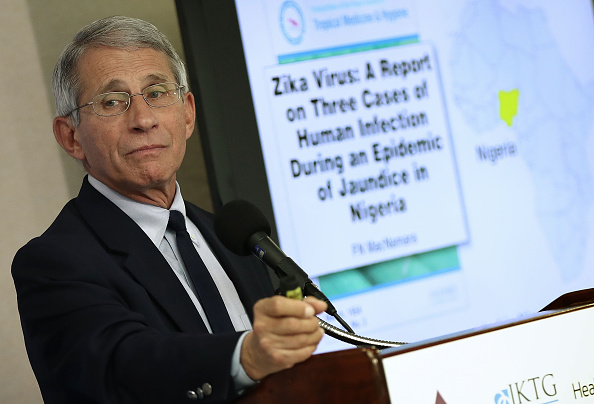 Look for the Helpers, Because They Are Everywhere Right Now

I know that things are going to hell around us and that we’re vacillating between, “Oooh! Look at all this free time we have to watch Netflix” and “complete and total panic,” but on the whole, there are some good people out there, and we’re all going through this together. I know you hear that a lot, and I know that a lot of celebrities like to tell us that we’re in this together from their vast second homes on the beach, but sometimes it also feels good to hear it from people you know. For instance, our own Professor Wilson — maybe the smartest man I know — said yesterday in Slack that he vacillates between creative bursts and total panic, and that made me feel better. I honestly don’t even know why. Just the fact that Steven Wilson panics like the rest of us.

Meanwhile, people keep saying “look for the helpers” when we’re all shut-ins, but that’s exactly what I’m doing to combat my own anxieties. I scour the news for helpers because they make me feel better. To wit:

That is inspiring. One thousand more people put themselves on the frontlines.

I also love that certain industries are modifying their situations to help out. From Jezebel:

Business of Fashion reports on the phenomenon, which includes the luxury fashion company LVMH, responsible for brands like Givenchy and Christian Dior, and L’Oréal, both of which have started manufacturing hydroalcoholic gel in French factories to deal with a shortage. Inditex, which produces clothes for Zara in Spain, has started to make surgical gowns and face masks, and Chinese companies like Erdos and Cabbeen have switched from making clothing to making masks and protective suits following a government edict. In America, Dov Charney, formerly of American Apparel and now of Los Angeles Apparel, has offered his factory to produce supplies as well.

I have also seen a lot of instances of breweries creating hand sanitizer, which is great for the country and also fantastic PR. (Meanwhile, the best brewery in the nation is now delivering and offering curb-side pick up in Portland, Maine).

Elsewhere, on the one hand, it sucks that we’ve been sitting on this. On the other, at least some of these supplies are finally going out. Forget vaccines and treatments right now, all of our attention should be on healthcare workers.

OMG. We had these. We’ve been letting doctors and nurses and all front line workers go without protective gear during a pandemic and we had this. https://t.co/kZ3zcLl4vC

Tax day has been pushed back three months, which I suppose is one small mercy, punting our tax anxieties for 90 days (this is especially true for freelancers and gig economy workers, who typically end up paying a lot of taxes come tax day).

This whole social distancing thing is really getting in the way of gross dudes creepily encroaching on people’s personal space for the purpose of being gross dudes, and while I would prefer the world not end, let’s focus on the positive

Meanwhile, the promise of malaria drugs to treat Covid-19 is starting to create a shortage, which is not good for those with lupus and rheumatoid arthritis who need those drugs for their own conditions. Upside: Bayer donated 1 million pills yesterday, and the Israeli company Teva plans to send 6 million pills here by March 31st and another 4 million within a month. We still don’t know if the drug is effective, but drug makers are ramping up production on them just in case.

Finally, I know you guys don’t trust the media out of China — and for good reason — but they did report last night a second day in a row without a new infection. From Reuters:

Mainland China had 39 new confirmed cases on Thursday, the country’s National Health Commission said, all of which were imported cases. There were no locally transmitted cases for the second day.

The imported cases coming into the country all have to quarantine, obviously.

And in case you — like I — were wondering where the hell Dr. Fauci has been, here’s your answer:

"A lot of people were concerned that I'm sick, that I died, or that the president is mad — is angry with me. None of the above. I'm fine and I'll be back. I just had some important work regarding the vaccine and the drug situation."

Honest to God, I am over the moon about our scientists, and I cannot wait for the 12 new streaming shows coming this fall (OK, next fall) about epidemiologists, infectious disease experts, and health care workers. Infectious disease experts deserve to be played by attractive people who get laid in hospital supply closets, too! Meanwhile, I’m getting ready to go watch my favorite helper, Dr. Nirav Shah.

← Disney's 'Onward,' Vin Diesel's 'Bloodshot,' And Ben Affleck's 'The Way Back' Are Coming to VOD Early | Amber Heard Did Not Cut Off Johnny Depp's Finger, According to Johnny Depp's Texts →