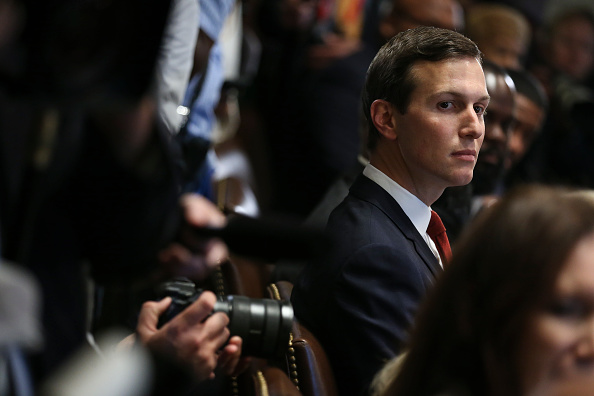 The tl;dr On Jared Kushner's Failed Federal Response that Has U.S. Covid Testing 'On the Brink of Collapse'

For all the bragging that Donald Trump does about the numbers of test conducted in the United States, on a per capita basis, the United States falls behind a number of other countries, like Iceland, Denmark, Singapore, and even Russia, which is all the more distressing because we have so many more hundreds of thousands of more cases than those other countries. Moreover, even though we conduct 800-900,000 new tests a day, a lot of people not only have to wait for hours and hours to get the test, but then have to wait up to 7 days to get their results, seven crucial days in which some people have actually died while waiting to hear back.

All of this, of course, could have been prevented if the federal government had just implemented a robust national testing program when the outbreak began, as almost every other developed country has done. The irony here, as Vanity Fair in detail, is that Jared Kushner actually endeavored to put together a coordinated federal testing program, led — unfortunately — not by health experts, but by billionaires and bankers. “They saw themselves as the ‘A-team of people who get shit done.’ But are they?

In either respect, after Kushner’s task put considerable effort into devising a coordinated federal testing plan that might have prevented much of the public-health disaster we are currently in, in early April, Kushner basically pulled the plug on the effort. Why? Three reasons: 1) Trump worried that more testing would result in more infections, 2) Dr. Birx shared overly optimistic models with the President and other senior staff members suggesting that the virus would fade, and, most damning of all, 3) because it was a “blue-state problem,” and Kushner saw no reason to push forward a plan to help states that weren’t going to vote for his father-in-law.

Most troubling of all, perhaps, was a sentiment the expert said a member of Kushner’s team expressed: that because the virus had hit blue states hardest, a national plan was unnecessary and would not make sense politically. “The political folks believed that because it was going to be relegated to Democratic states, that they could blame those governors, and that would be an effective political strategy,” said the expert.

That logic may have swayed Kushner. “It was very clear that Jared was ultimately the decision maker as to what [plan] was going to come out,” the expert said.

And that, folks, is why the country cannot unf*ck itself, because Jared Kusher was like, “Screw it. It ain’t our problem.” In other words: Jared Kusher was willing to let people die for political gain. He really is the Josef Mengele of the Trump Administration.