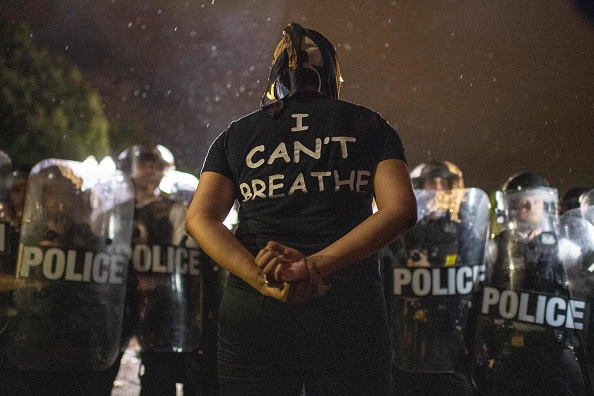 Jake Paul is Not the Story

This is just what was caught on camera:

Here is the video. On LIVE TV the APD just broke car windows, slashed tires, tazed both passengers and arrested both passengers for NOTHING. RIPPED THEM OUT OF THER CAR. #AtlantaRiots #ATLFORUS #BlackLivesMatter pic.twitter.com/9XFDEdq7qr

That woman in red. THATS how you use your privilege. https://t.co/UTd9oi4uYW

This boy had his hands up when an NYPD ofcr pulled his mask down and pepper sprayed him. ⁦@NYPDShea⁩? Mayor ⁦@BilldeBlasio⁩? pic.twitter.com/YtXDOoVckA

this proves that these protests were NEVER A RIOT until police enters the scene THEY ARE THE ONES WHO USES VIOLENCE. PR0TESTERS WERE LITERALLY JUST SITTING THERE PEACEFULLY, FIGHTING FOR SOME BASIC HUMAN RIGHTS THAT YOU CAN'T UNDERSTAND #BLACK_LIVES_MATTER pic.twitter.com/BGM9J5stdO

In the last twenty four hours we have seen hundreds if not thousands of clips in which police forces across America appear to escalate violence on the streets for no legitimate purpose. https://t.co/ncfCoZnzh1

Even goddamn John Cusack was assaulted by police.

Gonna go out on a limb here and say that John Cusack is probably not a sufficiently dire threat to public safety to justify the use of force. https://t.co/FikIwnnt1L

Meanwhile, before he turned in early for the night, Trump was out there inflaming.

This is deadly assault. This is attempted murder. You don’t get to RUN PEOPLE OVER even if you’re a cop. Every cop in these cars should be fired and prosecuted. https://t.co/Ef0idfba1Q

This about sums up the state of things in America right now, from the former Director of Government Ethics: