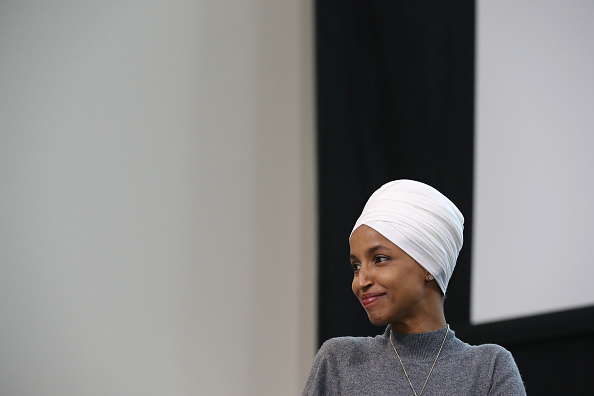 Donald Trump was in Pennsylvania last night, where he’s down by about 5 points to Joe Biden at the moment, but Trump believes that he can make up for the loss of a Michigan, a Pennsylvania, or a Wisconsin by winning Minnesota, where he’s down by 9 (on average), although a recent poll put him down by 16. Trump, however, is really angling for Minnesota’s electoral votes, and he’s going full Hitler to gain them. In a rally in Minnesota on Sunday, Trump said that he would prosecute Reps. Alexandria Ocasio-Cortez, Rashida Tlaib and Ilhan Omar, although it was unclear on what charges, other than not being white.

Again, Trump speaks about having "good genes." He mentioned the "racehorse theory" and coupled it with a racist rant against refugees.

This is eugenics. It was used by Nazis to justify genocide. Today, it's used by white nationalists - & apparently the @POTUS - to justify hate. https://t.co/UpLDnGUW3x

I know that the press is currently preoccupied with the political fight over whether Republicans will replace Ruth Bader Ginsburg before the election (Answer: Yes), but maybe shine a bit of a spotlight on the fact that comments at his rallies are virtually indistinguishable from Nazi rhetoric, and we already know he doesn’t bat an eye at 200,000 deaths.

Q: Why haven't you said anything about the US hitting 200,000 coronavirus deaths?

TRUMP: "Go ahead. Uhhhhh. Anybody else?" pic.twitter.com/gUv1kgG9OT

Last night, in Pennsylvania, he took another racist shot at Ilhan Omar, othering her and suggesting that a U.S. Congresswoman is not American enough for him.

Trump on Ilhan Omar: She’s telling us how to run our country. How did you do where you came from? pic.twitter.com/XLSRZd6yFf

Ilhan Omar called him out, and even needled him, and while it’s a good comeback, a Congresswoman should not have to defend herself against racist attacks by the f**king President of the United States of America.

Firstly, this is my country & I am a member of the House that impeached you.

Secondly, I fled civil war when I was 8. An 8-year-old doesn’t run a country even though you run our country like one. https://t.co/zcKKjdC8ju

I don’t have anything else to add, except on days like this, when someone says “our country,” my first thought lately has been, “Keep it.”