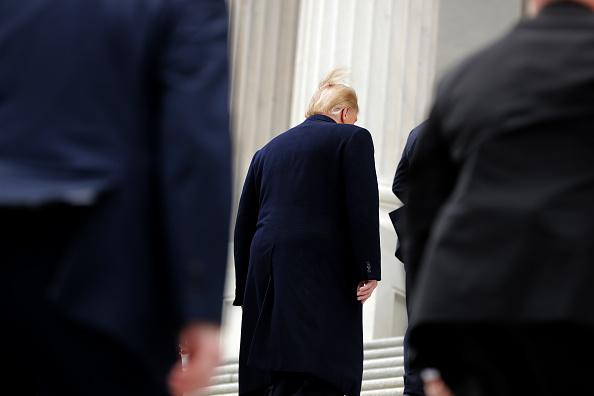 Ignoring the Pandemic, The President Is Officially Back on His Bullsh*t

If you follow politics regularly, there is nothing good to report this morning. Nothing. But there’s a lot of insanity because there’s a pandemic going on, as well as a recession, and the President is sending out uber-conservative doctors to “prescribe” reopening the economy. The man is doing everything in his power to distract us all from the fact that the numbers of deaths continue to rise (1,500 yesterday, pushing us to 93,000), and the rate of infection hasn’t really slowed that much, either (for the last week, it’s been an additional 20K to 27K cases a day).

So, how do we distract everyone from the fact that this virus has not been contained? For one, the President can tell everyone that he’s taking hydroxychloroquine now because, hey! That’s a story!

Another story? Paving the way to pardon Roger Stone, while once again insinuating that Joe Scarborough is a murderer:

….Roger Stone has been treated very unfairly. How about that jury Forewoman, does anybody think that was fair. DISGRACEFUL! Stay tuned. @FoxNews And guys like Low Ratings Psycho Joe Scarborough are allowed to walk the streets? Open Cold Case!

Meanwhile, Ted Cruz, who has nothing better to do than to stir up racist conspiracy theories, has jumped on the Obamagate bandwagon:

Wow. Ongoing spying from an outgoing POTUS on the incoming POTUS—directed by Obama himself—is unprecedented in the 243 years of our nation’s history. https://t.co/kgYE1sDHFv

Related to that, Susan Rice is also trending on Twitter this morning because of an email she sent to herself on the day of Trump’s inauguration. The email basically says that she was worried about Michael Flynn talking to the Russians, which — as it turns out — was a very real concern.

Basically, Obamagate, the “Russian hoax,” etc., etc., all boils down to this: Members of the Trump campaign were involved in some shady sh*t. The intelligence community investigated that shady sh*t, and Trump has been crying foul for three years, claiming that it was not OK for the Obama administration to investigate their shady sh*t, because Trump feels like people running for President should get some sort of immunity for doing shady sh*t. This is ironic because Trump himself was literally impeached for making up some shady sh*t about Joe Biden based on conspiracy theories. Trump had people fired. He tried to blackmail a foreign government into investigation Biden, and OH MY GOD, it’s working! I’m getting angry about “Obamagate” and Ted Cruz and the Ukraine and Roger Stone all over again, instead of focusing on what matters! DAMNIT. 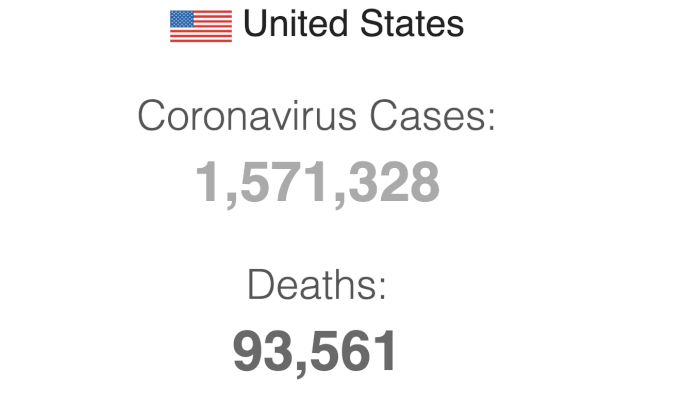 There’s still not enough PPE. There are not enough tests. There are not enough tracers. People who wear masks are being called socialists and threatened with violence (or in some cases, there is actual violence). The White House is ignoring guidelines from the CDC, which has now released guidance the White House ignored. Meanwhile, Trump continues to be terrified of losing in November, and that — not the public health, not the economy, not the Constitution — is clearly what drives every decision he makes.

Hi! 👋🏼 I also have a name, it’s Jocelyn Benson. And we sent applications, not ballots. Just like my GOP colleagues in Iowa, Georgia, Nebraska and West Virginia. https://t.co/kBsu4nHvOy

But hey! In most parts of the country, you can go get your hair cut now, although even that — like everything else in this country — has been turned into a culture war by the President.

If you take remdesivir, you’re a socialist. If you take hydroxychloroquine, you’re MAGA. If you wear a mask to the grocery store, you’re a commie. And only hot-blooded Americans go to the polls; mail-in ballots are for weak-ass Democrats. I am so, so tired of American politics.