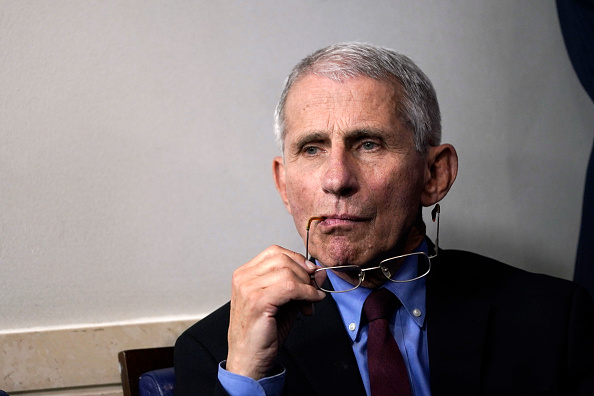 Early on in the pandemic, I religiously followed a group of epidemiologists on Twitter because I wanted to know everything they thought, and I wanted to get their takes on the various studies because they were often far more informative than the Times or other mainstream outlets. I’ve been spending a lot more time there again over the last two days because there has been some very good news with regard to vaccines, although there are some major caveats.

Let’s set the base, first. Two days ago, the Biden Administration purchased enough Pfizer and Moderna vaccines to vaccinate 300 million people by the end of the summer. That’s great. That was also before news of the efficacy of the Novavax vaccine, which we learned about last night, and even bigger news is the Johnson & Johnson one-shot vaccine we learned about today.

The results from Johnson & Johnson were not a “knockout blow,” and some are even calling them “disappointing,” if only because it’s not nearly as effective as the Pfizer and Moderna vaccines. However, being able to stamp out 85 percent of severe cases with one-shot seems like great news to me.

Now, here are the caveats: The Novovax vaccine was just as effective against the British variant, which is great news for Britain because they ordered 60 million doses of it, which will cover half their population. The bad is that both the Novavax and the Johnson & Johnson vaccines — like the Moderna and Pfizer vaccines — were much less effective against the South African variant. They were 49 and 57 percent effective, respectively, at stopping infection against the South African variant.

That sucks, especially because the South African variant has now been found in the United States, and it appears that the variant has also caused reinfections in South Africa (we’re going to hear the term “escape immunity” a lot in the weeks and months to come). So, the vaccines may not wipe out COVID-19, because they do not stop infections. They do, however, still prevent severe disease in most people, so that is very good news.

The other downside is that, while Johnson & Johnson does expect to fulfill our order for 100 million doses by the end of June, those doses will not be shipped in huge numbers until April.

3. J&J says it expects to be able to be able to produce 1 billion doses of vaccine a year — enough to protect 1 billion people. But Operation Warp Speed has previously warned that there won't be lots of J&J vaccine supply for the US until April.

Obviously — and this is what all the epidemiologists I follow continue to say — the name of the game is vaccinating as many people as quickly as possible to ultimately stop the spread but also slow further mutations. Booster shots will be required for these mutations, and it appears that the coronavirus may be with us forever, like the flu, and require shots and boosters every year. However, the sooner we can get everyone vaccinated, the sooner we can start making COVID-19 shots an annual or biannual nuisance instead of something that keeps us locked in our homes for the next two years.

And again for those, like myself, who fell into despair at the thought of the South African variant escaping immunity and reinfecting the entire world all over again and setting us back another many months, let me stress that, though less effective at preventing infection, the vaccines are still very effective against severe disease and death.

2/2 This one shot vaccine was highly effective at preventing severe disease, even with new variants. The milieu of disease now is more complex; even in U.S. - trials done today are running into more mutated cases. Make no mistake: this is an important and wonderful development.

← Armie Hammer Is Allegedly Abusing His Dog, Too | The Devilishly Dry Brian Williams is Deliciously Petty →