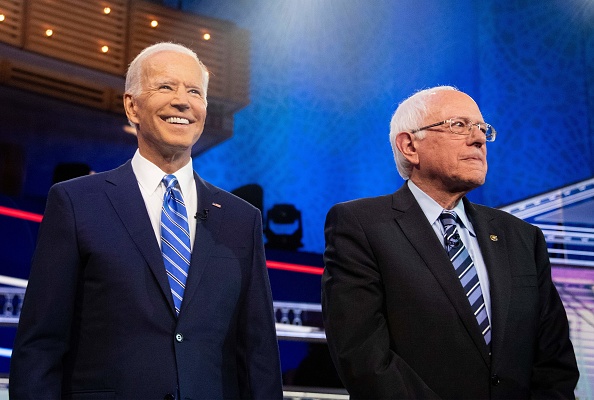 There is a really good episode of The Daily — the NYTimes podcast — out this morning about how South Carolina is Joe Biden’s last stand. Basically, it tracks the thinking of two prominent Black people in their community. Ted Myers — the bishop of a Columbia church — and a woman named Dalia, who was part of a group called The Reckoners, who support Joe Biden. If you’re going to listen to the podcast episode — and it’s very good — there’s a storytelling element to it, so bail out here if you don’t want to be spoiled (and by spoiled, I mean: Find out who Ted Myers is going to support).

The podcast and the evolution of the Bishop’s thinking was a journey. He has voted for the eventual nominee of the Democratic party every single year since Johnson in 1964, and the guy had a rough childhood (his father once had to walk his older brother to the hospital 10 miles, and his brother died on the way, so his father had to walk back home with his dead son in his arms. CAN YOU IMAGINE?). Anyway, the Bishop is a big Biden supporter, and not just because of his association with Obama. But because Joe came out 29 days after his own son’s death and spoke to South Carolinians at the Mother Emanuel Church after the Charleston church shooting. It was a great, break-your-damn heart speech, and Joe felt their pain.

“I wish I could say something that would ease your pain of families and the church, but I know from experience — and I was reminded of it 29 days ago — that no words can mend a broken heart. No music can fill the gaping void. In my experience, only faith. Sometimes, even that faith leaves you for a second.”

I won’t lie to you. Hearing Joe speak like that on this podcast, less than a month after his son’s death? I was starting to lean back toward Biden myself. He’s a good man! I mean, he has faults — a lot of them — but he’s a good man. And it was moments like that, in South Carolina, that attracted a lot of Black voters to Joe Biden. I get it.

The Bishop’s support of Biden, however, has wavered in recent months, and part of the reason is because of the other prominent member of the Black community in this podcast — the Bishop’s own daughter, Dalia — quit as a volunteer for the Biden campaign to work for Bernie. This woman is a conservative, church-going pro-life Democrat (who still believes that pro-choice is the right policy for the party), and she decided to support Bernie. Why?

“I woke up one day and realized, ‘Who wins in an election taking you backwards? ‘I knew in my gut that [Biden’s campaign] was not a campaign targeted toward winning. There was nothing inspirational about it. There was no, ‘Here is the case for my candidacy. It was, ‘Let’s drive this car while looking in the rearview mirror. Who drives that way?”

Anyway, Dalia went to a Bernie rally. And then she watched a lot of Bernie rallies. And she saw the energy he attracted, and then she concluded that given how popular Trump is with Republicans that it was going to be impossible for Biden to pick off many disaffected Republicans. “So we have to inspire enough Democrats to go to the polls and vote.”

A conservative, church-going, pro-life Black woman from South Carolina decided to back Bernie Sanders, not because she supported his policies — she doesn’t! — but because she believes he is the only campaign with the energy and enthusiasm to take on Trump, because “it is the only campaign that can motivate a cross-section of voters across races and generations.” She doesn’t agree with Bernie, but she hates Trump a lot more than she disagrees with Bernie’s policies.

But what about Dalia’s dad, the Bishop? Where did he come out on this? He still loves Joe Biden the man, but in recent months, he’s lost his passion for Joe Biden, the Presidential candidate. “He wants to be a voice of moderation. And we don’t need a voice of moderation right now,” the Bishop says. “We need someone who can scream. Loud. Do something in light of what is happening to the country. To us. Brown people, you know? Biden’s like, ‘Let’s go back to normal.’ What is normal?! Normal got us to where we are! Normal means you got your foot on my neck and I’m screaming, ‘Help help!’ and you’re saying, ‘It’s alright. I’ll be here next week.’”

The bishop bailed on Biden, but then came around on Tom Steyer, who has been doing a lot of work in South Carolina courting Black voters, and polls show that he’s eaten into Biden’s support. Earlier this week, however, the Bishop voted early, and the NYTimes called him up to ask him how he voted.

He voted for … Bernie. He said that Steyer was still his favorite candidate, but that voting for Steyer would be throwing his vote away, because Steyer isn’t going anyway. He also thinks Bernie is best suited to take on Trump, and he wanted Bernie to gain some momentum in South Carolina. “Joe’s a good guy, but he’s only going to bring us back to where we were. My gut told me to go with Bernie.”