'You Know You're a Fake': How One Question Blew a Hole in an Unraveling President's Dopey PR Stunt

Good morning. It is Tuesday, April 14th. Tomorrow is tax day (hahahahahaha). The President has no plan. Every night, the President gets up in front of the media and rambles from one to three hours, but he never actually presents a plan. He defends himself. He blames others. He talks about what an amazing job he is doing, but he does not present plans. He’s put together a task force, but he has no plan. 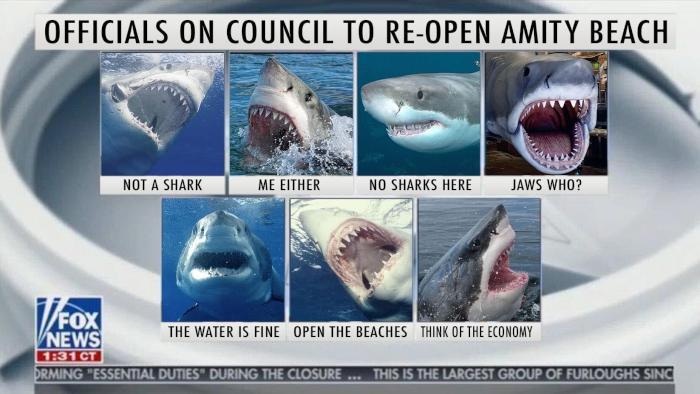 In any respect, Trump has no plan. But what he does have is a PR stunt. I’m embedding this here for sampling. Do not endeavor to watch it in its entirety. It is not worth it.

WATCH: Here was the scene in today's #PressBriefing when President Trump aired what @CNN has labeled a propaganda video. pic.twitter.com/ZMaYDL6YVu

Trump must have thought a video was going to silence the room. You see the way he watches it? Soaks in the (mostly fake) adulation, and then looks toward the press, as though seeking their approval? He looks back and forth from the video to the press, as though saying, “Eh? Eh? See? See how great I am?”

Trump did not, however, get the approval he so desperately craves. And that made him mad! The CNN chyrons captured an aggrieved President’s reaction:

LMFAO!!! CNN is killing it with the chyrons today!! 😂😂😂 pic.twitter.com/fmmmB029wo

But it was CBS reporter Paula Reid who really got under his skin. Reid pressed Trump on what he did between the time he shut down air traffic from China (after which another 40,000 people still managed to come in from there) and March. In other words, what did Trump do over the entire month of February?

Trump did not take the question well.

“You had cases in February,” Reid said, pressing Trump.

“Your video has a complete gap. What did your administration do in February with the time your travel ban bought you?” Reid asked again.

“Look! Look! You know you’re a fake!” Trump said, clearly trapped in a lie. “You know that. Your whole network, the way you cover it, is fake.”

Ah yes, a familiar hissy fit. Trump did nothing in February. Trump did very little in March aside from make it more difficult for the states to get much-needed supplies and tests. He hasn’t done much in April, either, except stand in front of the podium and take credit for the fact that there are more cases and deaths in the United States than in any other country in the world. Congratulations.

We’re going to get through this, somehow, but we will be the only country that does so in spite of our President instead of because of him.