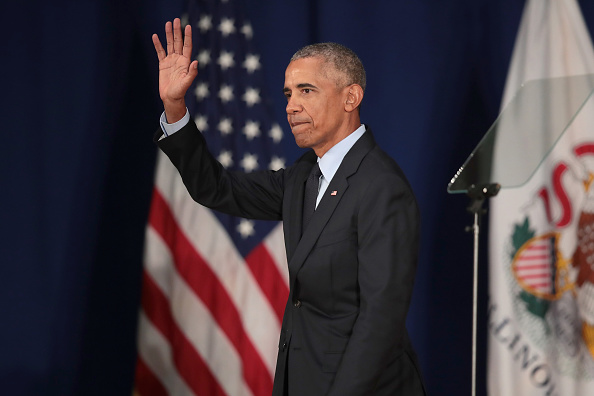 How Can We Ensure Our Vote Will Count in November?

This week, President Obama was a guest on the podcast of his former campaign manager, David Plouffe, and he expressed some concern about the dynamics of the election changing if a vaccine is announced ahead of election day.

“It is possible that some of the trials that are being done result in us knowing before the election that a vaccine is on the way,” Obama said. “That might relieve people’s anxieties, and that’s good, we should hope for that. But that also can change the dynamic, particularly when you have a president who takes responsibility for nothing but takes credit for everything.”

That’s certainly a possibility, but I feel confident that 98.5 percent of Americans have made up their mind — in fact, made up their mind a long time ago — and that those minds will not change, vaccine or not. I’m not worried about Biden losing a significant amount of supporters. I think the selection of Kamala Harris as the VP and Trump’s overt siege on Democracy — in addition to the mounting death toll from the Coronavirus — has probably increased the enthusiasm level of Biden/Harris voters.

So, I’m not that worried about the numbers. Like most of you, I’m worried about those supporters being able to cast their votes during a pandemic, because Donald Trump is trying to destroy the very organization responsible for delivering those ballots. So what can we do?! Tweets aren’t going to solve this. Letters to our Representatives aren’t going to solve this. I’m not sure that anything short of massive, massive demonstrations can move the needle, and in a pandemic, that obviously has a very good chance of backfiring.

In the meantime, Plouffe himself — after having spoken to Obama — has some suggestions, although they’re less for us, and more for the Democratic Party.


1) Prime time hearings, now.
2) Subpoenas to Trump WH and camp officials. This is a RICO case
3) Visit local post offices with cameras - show people what is happening.
4) Events with those getting Rx late
5) Involve governors
5) No rest, no vacation. Go to war for our country.


Obama meanwhile, tweeted out his advice:


If you're in a state where you have the option to vote early, do that now. The more votes in early, the less likely you're going to see a last minute crunch, both at polling places and in states where mail-in ballots are permitted. Then tell everyone you know.


There are still a lot of (mostly Republican) states where it’s difficult to receive an absentee ballot. Uproxx actually has a nice state-by-state guide to how to get a mail-in ballot. Request one as soon as possible, and return it as soon as you can. This is most important in states like Arizona, Florida, Georgia, Michigan, Pennsylvania, and Wisconsin. Voters do not have to have a reason to request absentee ballots in any of those states (if you live in Texas, on the other hand, be prepared to vote in person unless you are disabled or over the age of 65). Just get them in early. Ballots should be coming online soon, if they have not already been made available. Request them and turn them back around as soon as possible.


In the meantime, I honestly think this should be the priority at next week’s Democratic Convention. Given the pandemic and the way that Trump consumes all the airtime, this may be the most exposure Biden and Harris get until November, aside from the debates. Use that platform to demand funding for the USPS. Every speaker should make mention of it. At this point, this is the most important issue heading into November. It sucks, but in addition to promoting their campaign, Biden/Harris will also need to spend as much money and resources this year on educating voters on how to vote as they are on who to vote for.

← Oh I Wonder What's Behind This Hatch | Did The Infamous Annabelle Doll Escape From Its Prison Inside The Warren's Home Museum? →