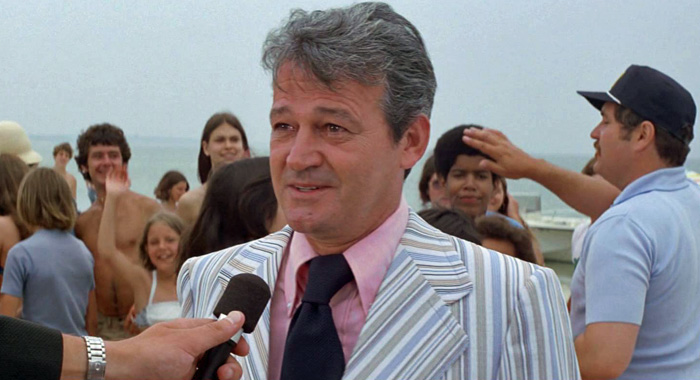 Holy Shit, Republicans Really Are the Mayor From 'Jaws'

As the nightmare continues to propel its way across America, thanks to a rocket ship full of dumb that was waiting for it with the keys already in the ignition, Donald Trump’s bumbling response to the coronavirus has been repeatedly compared to the mayor from Jaws who was hell-bent on ignoring the killer shark in the water because he’ll be goddamned if he’s going to cut off the precious commerce coming into his beach town. Could some lives be lost? Sure. But nothing’s more important than that sweet, sweet capitalism.

Except here’s the problem with applying that analogy to Trump: It ignores the thousands of little Jaws Mayors out there who are just itching to throw red meat to their small-town voters by telling the government to shove it, medical science be damned.

Case in point: Here’s the situation in Pennsylvania right now. COVID-19 is in the air. We’ve got community spread around Philly and the eastern part of the state where people often commute back and forth from New York City and Jersey. But we’re also starting to see pockets appear in the capital region and Pittsburgh. Long story short, we can’t just pretend it’s not happening, and Democratic Governor Tom Wolf has been on the ball closing schools and giving daily updates.

However, one of the moves Wolf recently made on Monday was to order the closure of non-essential businesses, so that employees and customers aren’t needlessly enticed to be out and about furthering the spread. In an effort to not raise panic, Wolf said he’s not going to have the state police or the national guard roving the streets strictly enforcing the closures. It was basically put out there as, “Hey, you know what the smart decision is here to save lives. Please do it so this doesn’t become a whole thing.”

Republicans are making it a whole thing.

The GOP in the statehouse immediately pushed back on the closure plan and got to work undermining the governor. Via PennLive:

“First, the governor has not mandated the immediate closure of any businesses in Pennsylvania. He has ‘strongly urged’ that ‘non-essential’ businesses shut down as part of social distancing measures aimed at slowing the spread of the virus.

“We agree this is a time to limit exposure to large groups of people, but if you, or a business owner you know, wishes to remain in business, it is their right to do so.”

I don’t want to seem like I’m insensitive to the plight of small businesses. I get these are very strange and perilous times, and this situation is an entire can of worms. Good people are about to lose their shirts because of this thing, and that absolutely sucks. But, hopefully, what comes out of this is more business owners realize which party wants to build a stronger safety net, and which one thinks the only protection you need is the God-given right to deeply inhale the rich aroma of a global pandemic on the off-chance that you might make a buck.

Like Chambersburg, PA Mayor Walt Bietsch, who has announced that he will defy the governor’s Disaster Declaration Order. Via ABC 27:

“My advice to all businesses is to evaluate the impact on the community and your employees, by your business remaining open during this time,” said Chambersburg Mayor, Walt Bietsch.

“As you see, it’s a beautiful day, the beaches are open and people are having a wonderful time. Amity, as you know, means friendship.”

Maybe stop reading here if you like Bernie and don’t need more anger in the middle of… all this.

On a not completely unrelated note, before writing this piece this morning, I received a text from Bernie Sanders’ field office in PA asking if I’d be interested in hearing his plans for COVID-19, which does not involve dropping out of the race so people aren’t forced to congregate at the polls in large numbers, so, hard pass. For all the talk about how voting for Joe Biden will “murder poor people,” I’m not seeing a whole lot of concern about spreading a deadly virus for what’s, at best, a vanity run at this point.