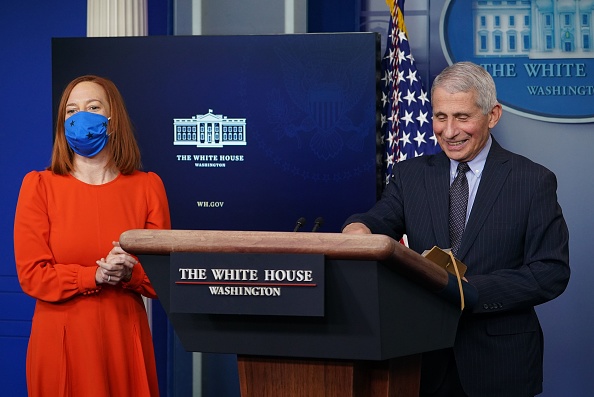 What a Difference a Day Makes

One of my very favorite features of the Biden Administration, so far, is the return of the press briefing. Meaningful press briefings were the first thing to go under the Trump Administration, when Sean Spicer stood in front of a podium on Trump’s very first day in office and aggressively, vociferously lied about the size of Donald Trump’s inauguration crowd. Media accounts on that day suggested that Spicer had done irreparable damage to Trump’s communications office and in the trust the press would have for the Administreation, and as we’d see over the years with Spicer, Sarah Huckabee, and Kayleigh McEnany, they were absolutely right.

Jennifer Psaki’s presence is a balm. The Press Secretary sets the tone, and having Psaki in there feels almost like a throwback to a time in which our government leveled with us and provided some transparency. Psaki will almost certainly dodge questions, and provide ambiguous answers — that’s the art of the press conference — but hopefully, she will never outright lie. She will never try to tell us that something we witnessed or heard directly wasn’t true. Moreover, we aren’t in as much need for an Ashley Parker or Maggie Haberman type of journalist who reports on the President’s mood or unearths behind-the-scenes gossip because Psaki will hopefully demystify the inner workings of the White House, especially one in which employees work together instead of being pitted against one another.

I know it’s silly, but I get a strong C.J. Cregg vibe from Psaki. It is the media’s job to approach press conferences with some skepticism, and I will continue to do so, but I am a fan. Put her in the Pajiba 10, y’all.

What was even more remarkable is that on her second day on the job, Jennifer Psaki brilliantly brought out arguably the most trusted man in American government, Anthony Fauci, and to say that he looked liberated is an understatement. I’m sure that it has a lot to do with lighting, but just look at the man’s glow!

It’s an absolute 180, and Fauci not only looks like he feels liberated, he actually said as much:

‘The idea that you can get up here and talk about what you know, what the evidence and science is … it is somewhat of a liberating feeling,’ Dr. Anthony Fauci said about serving under the Biden administration https://t.co/Cs0Gcs46PX pic.twitter.com/h3auWq2gLM

REPORTER: You've joked a couple times about the difference between the Trump and Biden administrations. Do you feel less constrained?

FAUCI: You said I was joking about it. I was very serious. I wasn't joking. pic.twitter.com/nyH4ow1zVj

And look: Having reliable information based on science that we can trust matters. It matters a lot. Let me illustrate that by way of an example in our own world of entertainment. At 4:20 p.m. yesterday, Anthony Fauci said this during a press conference:

"The best case scenario … is we'd get 85 percent of the people vaccinated by the end of the summer. If we do, then by the time we get to the fall, we can approach a degree of normality" — Fauci pic.twitter.com/hkxmShrRFj

I don’t know if there’s a direct correlation, but it’s worth noting that four hours after Fauci said that we shouldn’t expect herd immunity until late summer, the studios basically rescheduled their entire 2021 slate, pushing them back until after late summer, beginning with the Bond film, No Time to Die.

April 2 is not a good time to die.

October is now going to be slammed with new films, and if we have herd immunity, I’m going to see them all. In theaters.

But you see how that works? Studios are given solid, reliable information from a trusted public health official during a press conference and they can make their decisions based on that information. How cool is that? It’s simple, but goddamn, I have missed it.