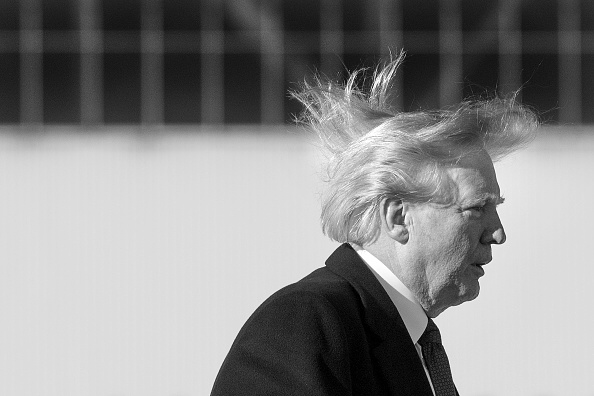 Yes! With the GOP Convention Weeks Away, Trump is Back, Baby!

If you are a Republican today, you have to be feeling good, right? It’s bounce-back time, baby! Forget the polls. Forget the President’s handling of the pandemic, and the BLM protests, and what’s going on in Portland and Seattle. It’s time for a reset!

And listen: This is how we start: Melania is going to revamp the White House Rose Garden, get some gold roses and some real nice, tacky, new-money rich-people sh*t up in there, and let our base know that the Trumps aren’t going anywhere. They are in it to win it! Everyone knows you can’t vote a President out of office after his wife has redecorated the garden. We’re gonna put in an elevated cat walk so when our President walks out, he projects supreme confidence! Yes, a cat walk! We’re down by 10 to Biden? That will cut it in half. Automatic. Wait, what’s that? He’s afraid of heights? OK, well, never mind. Solid gold sidewalk, y’all. Well, gold-plated sidewalk, anyway. We got this!

What else, what else? We have a huge, exciting Convention to look forward to beginning on August 24th. That’s when we announce our second-term agenda, and start owning those libs! We moved the convention to Jacksonville, Florida because those weak-ass motherf**kers in North Carolina were too afraid for a little invisible virus to hold the convention in person, and we’re gonna put 30,000 people in a room and show that virus who is bo … what’s what? We’re cancelling the Jacksonville portion of the Convention? 13,000 cases a day? Wow. But what about all that money we spent? That’s just lost? We’re just gotta eat millions of dollars?

Well, OK. So, uh, what now? Virtual convention? Followed by Trump accepting the nomination in person, in a mostly empty room? Oh, right. OK. Didn’t we make fun of Biden for proposing exactly this a couple of months ago? Well, OK. I guess we do what the boss wants. So, what do we have to work with now? Oh, I know: We’re gonna roll out the (virtual) red carpet, and we’re gonna bring some of the biggest and best celebrities on the planet to come out (from their computer screens) and throw their vociferous support (from Zoom boxes) for the President Trump’s reelection efforts. Man, I can’t wait to see who we have lined up to speak. You think Eastwood will come out and talk to the chair again? What about Schwarzenegger? He’s still a Republican, right? No? OK, well, surely, there’a a few A-listers out there will to speak for the … who?

This isn’t even the D List.
I’m expecting Ashton Kutcher to appear in a Zoom box at the end telling us we got punked.


← Gwyneth Paltrow Reveals Celebrity Who Taught Her Oral Sex | Inside Jokes Go Wide On Twitter With The Help of Monica Lewinsky, Lynda Carter, And Mark Hamill →