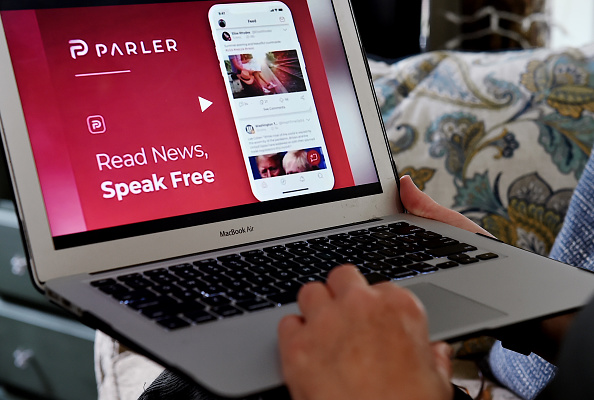 Guess Which Social Media Network Would Suffer the Most, If Trump Had His Way?

This morning, Donald Trump threatened to veto a defense policy bill that would afford raises to those in the military unless Congress nullified Section 230 of the Communications Decency Act, which essentially gives social media networks immunity from messages posted on their platforms. If you don’t think Donald Trump is serious, Kayleigh McEneny is here to insist otherwise.

The reason, again, that Trump wants to strip Section 230 is because he’s in a pissing match with Twitter, and Section 230 basically prevents social media platforms from being legally classified as “publishers,” and so they are not liable — as publishers are — for the things that are posted on those platforms. If I were to threaten to murder Ryan Phillipe on Pajiba, for instance, I could be held liable for it. If you were to threaten to murder Ryan Phillipe on Disqus, both Pajiba and Disqus are protected by Section 230. If you take Section 230 away, however, then Disqus and Pajiba could be held legally liable for the death threat you made in our comments section. Without Section 230, we would either have to shut down comments or approve every single comment before it is posted (and run the iffy ones through legal). That would obviously take more resources than a small, independent publication like Pajiba has. But it would also be ruinous for Twitter, too, because they would have to moderate every single tweet before it was posted. Twitter delivers 500 million tweets per day. The backlog would, in effect, make Twitter unusable.

Twitter does, however, engage in a fair amount of moderation, including of Trump, which — again — is the real source of Trump’s ire. But by punishing Twitter, Trump would in effect be punishing all the social networks, including — and most ruinously — Parler, the social media platform that conservatives have flocked to because, unlike Twitter, it does not engage in much, if any, moderation. FREE SPEECH FREE SPEECH FREE SPEECH!

The site’s lax moderation policies, in keeping with its claims to being a bastion of free speech, have helped it become a magnet for pornographers, escort services and online sex merchants using hashtags targeting conservatives, such as #keepamericasexy and #milfsfortrump2020.

The pornography threatens to intrude on users not seeking sexual material and has the potential to complicate hopes the site may have to expand advertising, which is now limited. Experts on the impact of pornography say major companies typically avoid having their sales pitches appear alongside controversial imagery.

It’s unlikely that Parler would face any legal ramifications for hosting images of naked adults in apparently consensual encounters, even if some of those links lead to sites that may offer prostitution. Section 230 of the Communications Decency Act, a 1996 federal law undergirding much of the modern Internet economy, offers broad immunity for content uploaded by third parties onto social platforms. Laws against sex trafficking would implicate platforms only if they knowingly promoted such content, as opposed to merely hosting links to other sites, Citron said.

Then again, no one ever mistook Donald Trump for smart.

← Uh, No Thanks, Mate | Fact: There's Only One Oreo Flavor That's Worth a Damn →