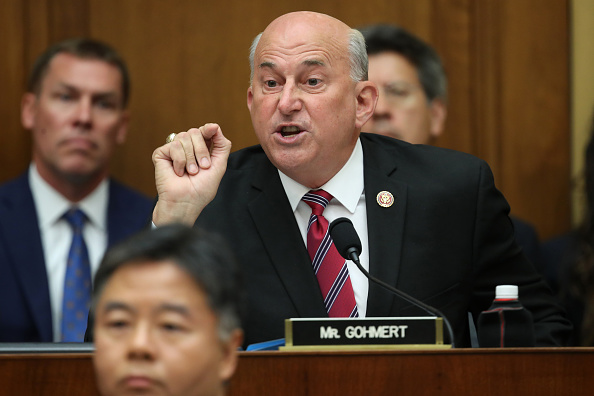 The deal with Rep. Gohmert, however, is that he tested positive after the House hearing yesterday with Bill Barr, which Gohmert not only attended, but he also escorted Barr while not wearing a mask. Gohmert and other Republicans were also upbraided yesterday by House Judiciary Chairman Jerrold Nadler for taking off their masks. Not for nothing, but Gohmert also shared a microphone with Rep. Matt Gaetz, who revealed he had a “son,” earlier this year in order to score political points.

Gohmert was tested because he was due to fly back to Texas with Donald Trump. Barr will also be tested, along with others in the House hearing, some of whom are unfortunately high risk for complications. “I’m so sorry for him,” Nancy Pelosi said. “But I’m also sorry my members are concerned because he has been showing up at meetings without a mask and making a thing of it. Hopefully now he will look after his health, and others.”

In June, Gohmert said that he would not wear a mask unless he tested positive. When told that asymptomatic people could spread the virus, Gohmert shrugged it off and continued to insist he didn’t have it. In April, Gohmert also stated that German hospitals used a “mist” on health care workers to kill the virus. “What your congressman said is absolute nonsense,” someone from the German Hospital Association said. “There are no such tents and there’s no powder or magical cure.”

In related news: Rep. Gohmert is a goddamn idiot. We wish him a speedy recovery.