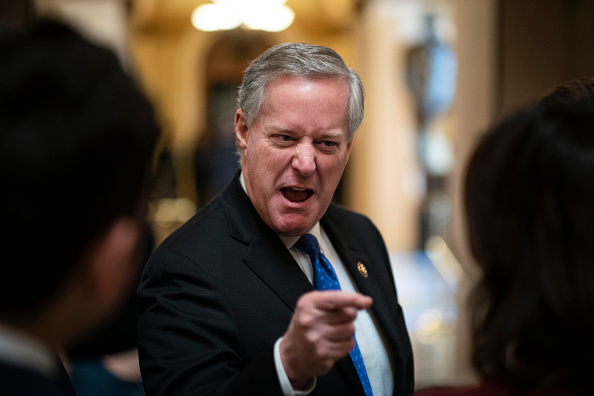 Genevieve and Ursula were chatting last night and this morning about this whole idea that Donald Trump gets to decide who will be the President in 2021, and how the media itself has fallen into Trump’s trap. They’re exactly right, and as Ursula points out, the media is doing a tremendously bad job of normalizing the idea by even asking Donald Trump if he will peacefully vacate the White House if he loses the election. It’s not Trump’s decision. Donald Trump is the President until Inauguration Day, and unless he is reelected, that’s when his term ends. Period. Just because Donald Trump might say, “Oh, well, I won among the voters that count!” doesn’t mean it’s true. If it were, Hillary Clinton would be President right now.

The media itself also has to stop contributing to the idea that Donald Trump gets to choose who the next President is, voters be damned. It’s not his call to make. Until otherwise noted, we are still a democracy.

To wit: This morning, Mark Meadows — the White House Chief of Staff — went after the FBI Director, Christoper Wray, who has stated that there is no evidence of widespread voter fraud. Meadows did not like the conclusion that Wray drew based on the facts.

The chief of staff goes after FBI director. “With all due respect to Director Wray, he has a hard time finding emails in his own FBI, let alone figuring out whether there’s any kind of voter fraud,” Meadows says after Wray testified there’s no evidence of coordinated voter fraud.

With all due respect to Mark Meadows, it’s not his determination to make. It’s not Donald Trump’s assessment to make. Determinations about voter fraud are left to the intelligence agencies and the courts. Donald Trump does not get to decide which votes count and which votes do not. He can challenge them, but that decision is still in the hands of the judiciary, and while Trump may have appointed a huge number of judges, those are lifetime appointments. That means they do not answer to Trump; they answer to the Constitution. Trump cannot take their gigs away.

We will not cede our power — the power of the vote — to this man.