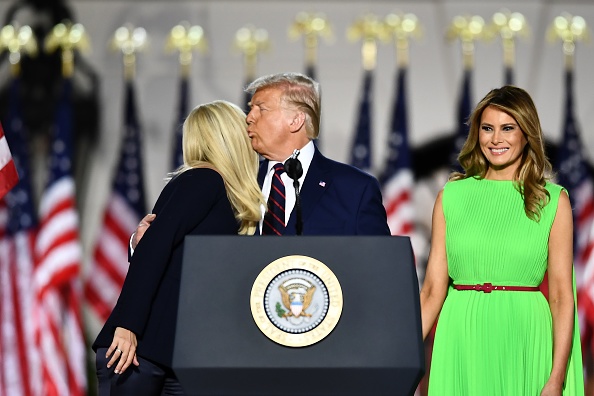 The NYTimes did a nice job this morning of reporting on the substance of Donald Trump’s speech accepting his party’s nomination last night — a lot of lies and revisionism about the coronavirus; desperate efforts to make himself sound less racist; and attacks on Joe Biden that are not in any way consistent with the record and/or positions of Joe Biden.

The only thing better than @ddale8 running down all of Trump's lies from his nomination speech and countering the false claims one by one from total recall is Anderson Cooper at the end, taking a sip of tea as he listens in awe. So good. pic.twitter.com/7AHQEvABg1

What the Times did not get across, however, was how so very dull and low energy Trump’s speech was. It was a 70-minute teleprompter speech, and it was torture. The man stood up there and droned in a monotone and mangled the pronunciation of words he read off that teleprompter (a week after criticizing Biden for … reading off a teleprompter). You expect lies and obfuscations and red-meat rhetoric; what you don’t expect is Trump checking out of his own brain, and going on autopilot. It was brutal.

If a guy at the bar was going on like this in this monotone, you would quickly slide to the next stool down pic.twitter.com/C09xyYGXJt

Far more interesting were the optics. There have been 180,000 deaths. There are still 40,000 new infections and 1,000 deaths a day, and Donald Trump assembles a sh*tton of people onto the White House lawn (which is unethical as hell for a campaign event) without any social-distancing or masks, pretending as though there is no pandemic. 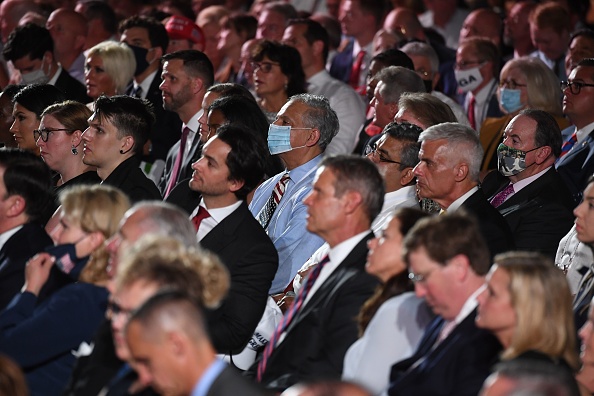 Trump on his approach to the virus: “We are focusing on the science, the facts and the data” Trump is saying this to a non-socially distanced crowd where supporters aren’t wearing masks.

There was no testing beforehand. I cannot imagine at least a few infections won’t come out of this.

I think that Wilbur Ross may have gotten infected and then died during the course of the speech.

Wilbur Ross is 82 and isn’t wearing a mask. Fortunately for him, he’s been dead since 1997 pic.twitter.com/uXYev3PpuP

I lot of people called Barron Trump tall, because he is.

Barron Trump is actually as tall as men say they are on Tinder pic.twitter.com/OOzLA6DVdD

The right: All the shit they talked about Chelsea Clinton, Sasha and Malia Obama.

The left: Barron Trump is tall.

But honestly, the moment of the night came with Melania Trump inexplicably delivered a confounding death stare at Ivanka, and the reactions to it all night were spectacular. (Honestly, Brian tweeted out about 10 fantastic ones all by himself):

When a Black woman walks past Gina Rodriguez and gives her the heebie-jeebies. pic.twitter.com/F5cdM2wf8g

Zack Snyder, when he runs into Joss Whedon at the supermarket: pic.twitter.com/F5cdM2wf8g

Melania loathing Ivanka is the only time she’s ever even tried to make most Americans empathize with her. pic.twitter.com/9Q50IRkA0g

Anyway, that was weird, wasn’t it, Dan Scavino?

he can see me through the tv, can’t he pic.twitter.com/neFiZMmFha

In the meantime, I am so relieved that the RNC is finally over, although to be honest, no one really talked about it that much this week, because Trump’s Law and Order America is on f**king fire, and all Republicans have done is give speeches warning us that if Joe Biden is elected, the country will look like … what it looks like right now.

Vote for Joe! (Have you requested those mail-in ballots yet? GET ON IT).