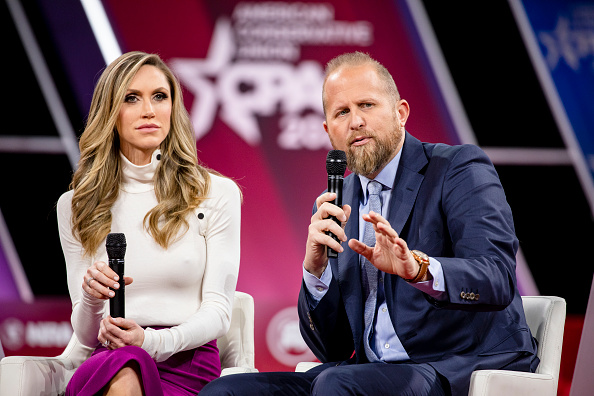 Two years ago, Hope Hicks resigned as basically Donald Trump’s personal assistant before returning after realizing she wasn’t welcome outside of Trump circles. Before she departed, she was romantically linked to Trump’s former campaign manager, Corey Lewandowski, with whom she reportedly had an on-again and off-again extramarital affair (Lewandowski was married), as well as Rob Porter, a White House staffer who was forced out amid a number of incidents of domestic abuse in his personal history.

This morning, Hope Hicks is trending again on Twitter, being blamed for the demotion last night of Brad Parscale, Trump’s campaign manager since 2018, who was replaced with GOP political operative Bill Stepien (more on him below). Twitter is suggesting that Trump fired Parscale because he was having an affair with Hope Hicks, with whom Twitter claims — Donald Trump wants to have an affair. The rumor that Hicks and Parscale were involved is unfounded, and seems to originate in a joke tweet between Rick Wilson (one of the co-founders of The Lincoln Project) and a popular political Twitter account, YS.

Comet Pizza is the D.C. pizzeria most associated with the Pizzagate conspiracies.

Brad Parscale’s demotion has been a long time coming. Trump has a habit of shaking things up when they are not going his way (so he shakes things up a lot), and Parscale’s ouster as campaign manager has been in the making since the humiliating Trump rally in Tulsa, where Parcale had bragged about a million registrations (but only 6,000 people showed up). Indirectly, Tik Tok’ers and BTS fans can be thanked for that, too. To his credit, Parscale has been campaign manager longer than basically anyone, having held the position since 2018.

Pour one out for @Parscale. pic.twitter.com/dfkGWG0U9P

Parcale has been replaced by Bill Stepien, who has been with the Trump campaign since 2016. He’s, uh, a real winner. He is Chris Christie’s former campaign manager, and did indeed have a hand in the Fort Lee lane closure scandal. He was having an affair with Bridget Kelly, the woman who replaced him as Christie’s deputy chief of staff. Stepien, in some ways, became Christie’s fall guy in the Bridgegate scandal, but in a way that allowed Stepien to remain protected (despite being mentioned 700 times during the Bridgegate trial, he was never charged).

Stepien’s ability to fail upwards seems to be by design. Today, he takes over a Trump campaign that polls show is down by double digits to the Biden campaign with four months until the November election.

Meanwhile, former communications chief Jason Miller has also returned to the Trump campaign. Miller, recall, was booted from the campaign in 2016 after having an extramarital affair with a Trump advisor (who would later have Miller’s baby), and for going to a strip club with other campaign staffers before a debate.

Winners. Every damn one of them.