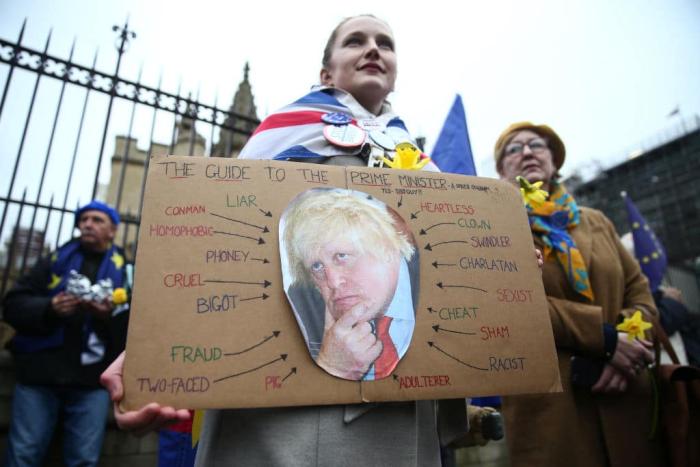 To Protest Brexit, We Need To Buy a Beethoven Song or Something

Well, Brexit is our new reality. Well done, Britain. Bang-up job right there. Hope you’re all proud of yourselves for sacrificing basic human decency in favor of blue passports and ensuring that Nigel Farage never stops cackling for the rest of his terrible little life. Enjoy your blue passports. At least they’ll look pretty because they’ll basically be useless now.

Remain voters are coping well with the news, as you can imagine. Well, I’m not steaming drunk right now so I consider that a resounding success. As part of the latest ‘protest’, a campaign has formed to get Andre Rieu’s rendition of Beethoven’s ‘Ode To Joy’ to the top of the British charts. ‘Ode To Joy’ was adopted as the Council of Europe’s anthem in 1972 and is essentially the EU’s official song. Caroline Voaden, Leader of Liberal Democrat MEP, took to Twitter to try and encourage people to buy the song so that it’s number one tomorrow when the dams break and we’re all irrevocably f**ked.

Let’s make sure the EU anthem is No. 1 on January 31st. Buy and download now! Andre Rieu with the Johann Strauss Orchestra is the version you want:

‘Ode to Joy’ is part of Beethoven’s 9th Symphony, first performed in 1824, and is one of the best-known pieces of classical music in the world, as well as one of the most-performed. The lyrics for the choral section were taken from an ode written by German poet Friedrich Schiller, written in 1785. It’s certainly a stirring piece of music, but if we must do an audio protest against Brexit, I’d rather we got something more sweary. We have Rage Against the Machine for a reason!

I get it. We’re all exhausted, demoralized, and it feels like there’s nothing we can do, so we make minor protests and aim for something more uplifting than the hellhole we currently live in. I don’t begrudge anyone participating in this musical protest. I just feel so goddamn tired right now. It’s tough to constantly feel like nothing will get any better, isn’t it?

← Which 'A Little Bit Alexis' Version Is The Best? Kelly Clarkson Teams With 'Schitt's Creek's Annie Murphy For A Remix | Conan O'Brien Mocks the Hell out of Adam Sandler During the AARP Awards Show →