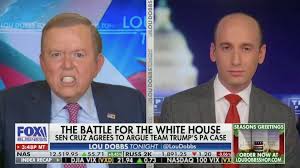 Are You OK, Republicans?

Listen, I know that after the 2016 election, we Democrats did and said some bonkers things. We had our doubts about the election, too, although it wasn’t really about the numbers for us. We understood the results were accurate; we just found it incredibly stunning that so many Americans would vote for Trump and that the polls were so horrifyingly wrong (at the state level). We also attributed Trump’s narrow Electoral College victory to Russian disinformation, and I stick by that, although we have since come to terms with the fact that 45 percent of the country supports a horrible human being and firmly belies that disinformation, which has been a tough pill to swallow.

Again, however, we didn’t doubt the actual results, and what is so baffling about Trump Republicans right now is why they would doubt the numbers. The polls had Biden up by double digits, and the popular vote wasn’t even close. Trump actually performed better than most people predicted.

In any respect, despite a record of 1-41 in the courts, the Republicans are still filing lawsuits, including one in which Texas has gone to the Supreme Court to ask SCOTUS to throw out the results in other states.

BREAKING: Texas files a lawsuit with the U.S. Supreme Court challenging the election procedures in Georgia, Michigan, Pennsylvania, and Wisconsin.

Texas is asking the Supreme Court to order the states to allow their legislatures to appoint their electors. pic.twitter.com/c4dbcdDkxU

Ted Cruz offering to plead the ludicrous & dangerous case at SCOTUS for Trump, a man he called "utterly amoral" & a "pathological liar, " shows that there is nothing he won't do in service to his political career.

Cruz is the paragon of conservatism's putrescence.

Meanwhile, two of the worst human beings on the face of the Earth, Lou Dobbs and Stephen Miller, are inexplicably quarreling over whether Ted Cruz should argue the case in front of SCOTUS, and they are both completely off the rails. I kept expecting Lou Dobbs to unhinge his jaw, reach through the screen, and swallow Stephen Miller.

If you enjoy Lou Dobbs’s and Stephen Miller’s tears you’ll like this clip pic.twitter.com/NqN2YwlXvI

Donald Trump himself is also asking the Republican state Speaker of the House in Pennsylvania to overturn the election results, the third such time he has personally intervened in an attempt to overturn the will of the people. He was rebuffed. Again.

The Arizona Republican Party, meanwhile, is advocating some sort of Rambo-like insurrection to overturn the results, not because the numbers were wrong, but because — again — Republicans don’t think that the votes of some Democrats should count.

The Arizona Republican Party is now advocating for violence to overturn the 2020 election.

Governor @dougducey, Attorney General @GeneralBrnovich, and other Republicans in the state have a duty to denounce this extremist rhetoric before someone gets killed. pic.twitter.com/3D2Nspsedc

The Republicans have so lost it that they are taking to Facebook to complain about their experiences on Parler, the social-media site for which they left Facebook. However, it’s not clear that they all understand that they’re still on Facebook:

“I’ve talked to so many that can’t even figure out how to get on it,” another member posted. “They’re still on FB thinking they’re on Parler.”

“Can anybody help with this exasperating problem I’m having?! I can’t join the website at all because of the captcha loop at the beginning,” someone else wrote in the “Who is moving to Parler” group. The group is public and has nearly 5,000 members.”

Others, meanwhile, are complaining that — not only do they not know how to use the site — none of their friends and family are over there, anyway, so what’s the point?

That is the point, isn’t it? Honestly, Parler is the best thing to happen to social media, because it silos all the nutcases onto one platform so that the rest of us can enjoy Facebook and Twitter without that f**king asshole chiming in with their Trumpian hot takes. Go back to Parler, Chad! Leave the rest of us alone.