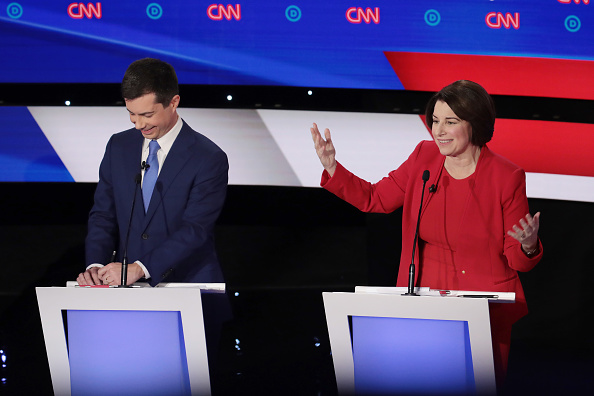 The moderate wing of the party fought tooth and nail to become the consensus pick, but after Joe Biden seemingly took on that role after the South Carolina primary, the other moderates are falling in line. Pete Buttigieg dropped out last night, signaling that he wanted the party to unify behind a moderate choice. Today, Amy Klobuchar has dropped out only after — and this is important — Pete Buttigieg quit first, because Klobuchar wasn’t about to give that little pissant the satisfaction. (Klobuchar’s 2024 Slogan: In It to Win It, Or Until That Smug Asshole Drops Out). Klobuchar has endorsed Joe Biden, because like every single other person in the field, she hates Michael Bloomberg.

This is what happens in a Democratic primary, and we f**king forget it every four to eight years. The candidates claw each others’ eyes out for six, nine, or 12 months, blood and guts are left strewn on the floor, and the media screams that the party will never unify, and then the results start to come in and candidates quietly bow out and everyone is friends again. Happens on the other side, too. Trump accuses Ted Cruz’s father of murdering JFK and calls his wife ugly, and Ted Cruz spends the next four years licking his butthole!

In two days or two months, when Biden or Bernie drops out, the same thing is gonna happen. The Hillary people hated Obama, and then the Bernie people hated Hillary, and by November, the also-rans were pretty much forgotten. Bygones! Does anyone remember Bill Bradley? Paul Tsongas? John Edwards? Exactly.