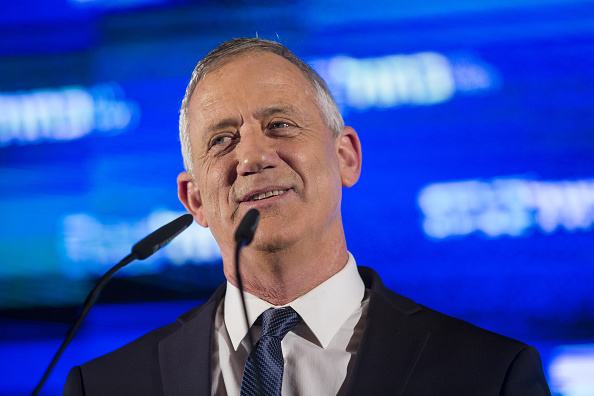 A Brief Explainer for Americans: What's the Deal with the Israeli Election?

Given the number of political parties involved, the parliamentary nature of the system, and the divisions with Israel across religious and ethnic, socialist, nationalist, and secular lines, Israeli politics is very complicated, and try as I might, not that easy to fit into the paradigm of American politics. However, in order to better explain yesterday’s election results, I’m going to simplify it for our American readers and make some comparisons that don’t 100 percent fit but will nevertheless help to explain what’s happening in Israel today.

Benjamin Netanyahu has been the Prime Minister of Israel for the last decade. He’s basically the Donald Trump of Israel, in that he uses the same tactics to get elected: Fear-mongering, racism, and appealing to the ultra-Orthodox Jews (or the Israeli equivalent of evangelicals). His base is basically anti-Arab Jews, nationalists, and those ultra-Orthodox Jews, who have an outsized influence in Israel given their size (much like evangelicals). Netanyahu made a lot of promises about annexing parts of the Palestinian territories if re-elected, although Netanyahu makes empty promises like these before every election — it’s kind of like his “Build the Wall.”

Back in April, there was an election, and while Netanyahu’s party, The Likud, narrowly won, Netanyahu couldn’t put together the majority coalition required to be re-appointed Prime Minister. In Israel’s parliamentary system, Parliament picks the prime minister based on the ruling coalition. Another election was thus called, which was held yesterday, and once again, Netanyahu’s biggest competitor was Benny Gantz, a former General. Gantz is center-left — he wants to re-open peace negotiations with the Palestinians, he wants to expand healthcare, and importantly, he wants to limit the power of the Chief Rabbinate over marriages (basically, the ultra-Orthodox Jews hold a lot of power over marriages, but a lot of Jews in Israel are secular. It’s basically like Mike Pence having control over all the weddings in America). Benny Gantz is sort of like the Joe Biden of Israel — he’s an amiable centrist.

In yesterday’s election, after 91 percent of the vote (as of this writing), Gantz holds a narrow lead over Netanyahu, so it appears that Netanyahu is going to be toppled as Prime Minister. A big part of the reason, actually, is the Arab turnout. About 20 percent of Israel is Arab, and Netanyahu tried to scare them away from the polls with security cameras at polling stations. This actually backfired, and the Arabs were like, “Screw you, dude. You can’t scare us away,” and showed up in big numbers (there was a 60 percent turnout among Arabs compared to 50 percent in April). This is actually great news for The Joint List, the Arab-dominated political parties in Israel. Not only do they get Netanyahu out, but it appears that they will be the third-largest party in Israel and lead the opposition in Parliament. They’re going to get a real seat at the table. Joint List chairman Ayman Odeh figures to be the first-ever Arab leader of Israel’s opposition, which means the party will get to meet with the Prime Minister, receive security briefings, and get a lot more media coverage.

However, here’s where it gets complicated. Neither Gantz nor Netanyahu have a majority coalition in Parliament, and in order to achieve that, they basically have to win over the Yisrael Beiteinu party, led by Avigdor Lieberman. The Yisrael Beiteinu party are secular nationalists, which is not really a big thing here in the United States. The party is comprised of largely Russian Jews, who are often the Kingmakers in Israeli politics. In very broad strokes, Israeli Jews are often divided between Jews from Middle Eastern countries, who form much of Netanyahu’s base, and European Jews, who are broadly more liberal. The Russian Jews are the f**k you demographic: They love Israel, but they resent the power of the ultra-Orthodox Jews who — under Netanyahu — live off the taxpayers, are exempt from military service, and set much of the cultural agenda in Israel.

Avigdor Lieberman and the Yisrael Beiteinu party are the Kingmakers. Ultimately, they get to decide who will be the next Prime Minister. In fact, Avigdor Lieberman is the reason for the September election because he refused to join Netanyahu’s coalition in April, and now he holds all the cards. The closest American equivalent to Avigdor Lieberman that I can think of, honestly, is probably Tulsi Gabbard, someone who is liberal on domestic issues, but ultranationalist on foreign affairs. Lieberman is is a right-wing racist, but he’s also fiercely secular. If the results hold, Lieberman will get to decide whether Benny Gantz is Prime Minister or Benjamin Netanyahu. It appears that he dislikes the influence and power of ultra-Orthodox Jews more than he dislikes Palestinians, which probably means that Gantz becomes the next Prime Minister, which is ultimately good, but it’s also like having a Biden Presidency but Tulsi Gabbard would also wield a lot of power.

There is one more wrinkle to this, as well. Benjamin Netanyahu is facing a bunch of corruption charges. As Prime Minister, his party and the government basically protected him. If he’s no longer PM, he’s no longer protected, so he could go down for corruption, as well. This, too, is like President Trump, who — if he loses in 2020 — could finally face criminal charges.

That’s the gist. It may be days or even weeks before we officially know who the next Prime Minister will be, but as of now, Benny Gantz has the inside lane, but one should never discount Netanyahu, who — like Trump — has pulled rabbits out of his ass before.