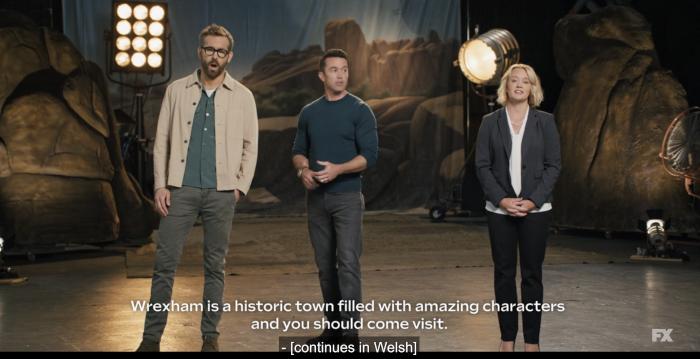 Dustin Bums Us Out, Tori Cheers Us Up, And We All Watched 'Welcome To Wrexham' On Podjiba!

In the history of Podjiba (now nearly at the three year mark!), there are some very important facts that have come to light, mostly about Dustin. Like the fact that #Dustincheats when it comes to the games we occasionally play (remember when we used to have a game segment? Maybe we need to bring that back). Or that #Dustinlies. Or his love of hole shows.

But this week, perhaps the most shocking revelation of all is the fact that Dustin is a big fan of Tom Brady. Perhaps the biggest! Don’t let his protests distract you (remember that #Dustinlies). (Publisher’s Note: DANIEL “HAMMER” HAMAMURA. I WILL NOT ACCEPT THIS SLANDER.)

While this may seem like a relatively unimportant revelation when it comes to all things television and thus also Podjiba, just remember that his Brady fandom reveal also happens to line up with a second thing that he used to bum us out this week, as he tried to convince us to watch AppleTV+’s new show Five Days At Memorial, which, I’m not going to lie, is probably not something I’m going to follow up on.

Tori, meanwhile, tried to bring the mood back up by bringing up the show some of us only heard about after Danny DeVito’s strange tweeting last week, the new FX animated series Little Demon!

Also on the podcast this week: a full three shows that all of us watched: ‘She-Hulk’, ‘House of the Dragon’, and ‘Welcome to Wrexham’!

What a strange experience, having to discuss shows we all have seen.

Podjiba! A podcast that technically has as many cats as humans, is available wherever podcasts can be found, and especially right here.

← TFG Not Only Pilfered Classified Docs, He Tried to Hide Them from the FBI | 'The Goldbergs' Will Kill Off Jeff Garlin's Character in the 10th Season →