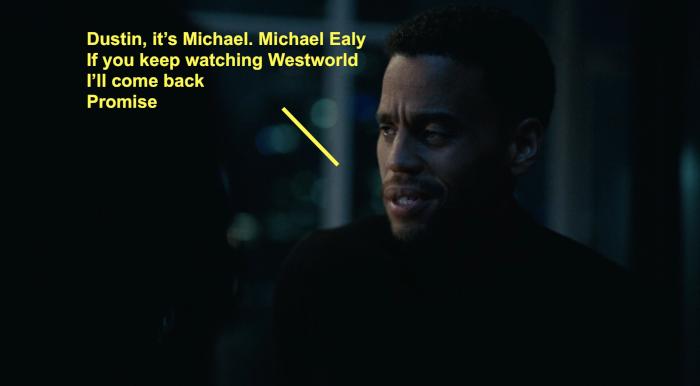 So, here’s the thing about this week’s (and technically, every week, but this week especially) episode of Podjiba:

A lot of the nonsense that we say is mostly for us.

Don’t get me wrong: we always strive to provide whatever insight we might stumble upon at the bottom of our alcohol-filled coffee mugs - why, just this week, we managed to accidentally totally on purpose record a Science Fiction-themed episode, what with our discussions of Vagrant Queen (it’s silly and mostly fun!), and Devs (two out of three Podjiba hosts are still on board!), and Westworld (two out of three Podjiba hosts are vaguely confused!).

(Note: nothing again this week for Manifest, because Tori and I decided to take it easy on Dustin, although we did have another installment of Dustin Did You Do Your Homework, as well as a brief Pete Davidson discussion.)

But while we hope to provide some entertaining television discussion for your listening enjoyment, we’re having fun, too, because each week we record is a chance for us to chat and catch up and hang out from our own homes (which we’d have to do anyway due to geography, but also now, obviously).

All of this to say: this week’s episode has a lot more hanging out, and a little less television. Or more accurately: just as much television, but also more hanging out, because of *waves arms frantically* all this, hence the longer-than-average runtime.

In any event, we hope you enjoy the episode, whether it’s in your favorite podcast app, the embed below, or right here.