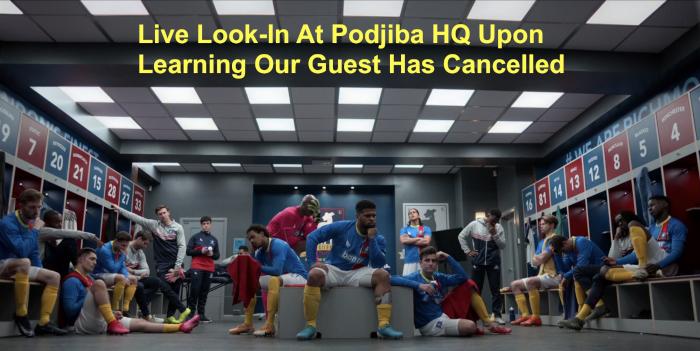 'SNL' And 'Ted Lasso' And We Go Into The Sinkhole With Dustin On Podjiba!

To start off: we were unable to record with our special guest this week, but don’t worry, we will find the time in a future episode to discuss the first two seasons of Ted Lasso with them!

In the meantime, we did still have to do an episode. So on that note:

- We talked about this past week’s Saturday Night Live, which led to the always exciting audio content that is Dustin and Dan trying to describe a sketch to Tori!

- We went INTO THE SINKHOLE (Good name? Bad name? Let us know!) with Dustin as he explained the second episode of La Brea to us! (TLDR: tigers and carbon dating and Jon Seda fell off a cliff but survived!)

- Of course, we talked about the second season finale of Ted Lasso, where I was very happy to be wrong about some of my darker predictions! Apparently, this does not stop my villainy, but it does mean, at least, that things are not quite as dire going into season three as I first thought.