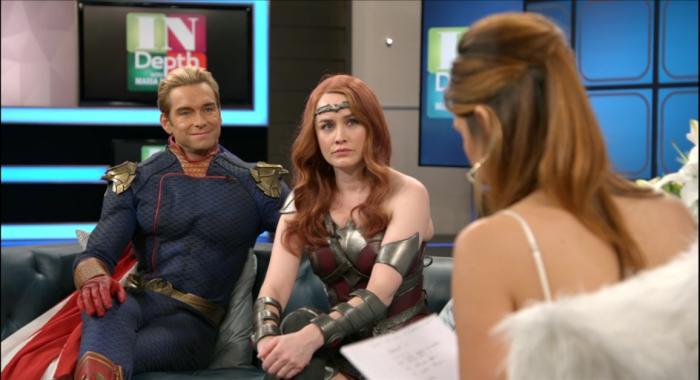 This Week On Podjiba: 'The Boys', 'Lovecraft Country,' And A Special Guest...

You may notice that this week’s episode is quite long…

But that’s only because Roxana dropped by and graced us with her presence, her knowledge, and her innate ability to mock Dustin mercilessly!

Technically, this week’s show is about the latest episodes of The Boys and Lovecraft Country (NOTE: SPOILERS FOR BOTH!), but to be honest, the central focus of this week’s episode is probably friendship.

(Or, at least, our desperate need for conversation and connection outside of our own homes and families, to the point that we are very excited to simultaneously add to and distract from the television discourse well into the evening!)

That being said, Dustin definitely gets in mentions of both Michael Ealy and Jason Ritter, so you know, some things don’t change.

Finally, this week’s game is… hosted by Dustin? Fishy, especially given that, as we all know, #Dustincheats.

Not that you’d forget, but here is my legally mandated reminder that Podjiba is available on all your favorite (and least favorite, probably) podcast platforms. It can also be downloaded right here.