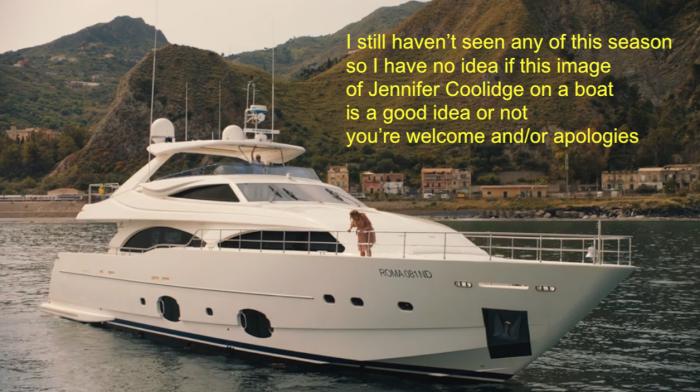 'The White Lotus,' 'Chainsaw Man,' And More On Podjiba!

For example: while we all certainly watched television this week, with the holidays rapidly approaching it once again felt as though we didn’t have a ton of new shows to discuss, other than Dustin’s demand to talk about The White Lotus, which Tori and I have yet to see!

So besides Dustin’s time in Italy, we also ended up getting into a variety of topics, including Tori’s enduring love of the anime Chainsaw Man on Hulu, and me finally catching up on a couple of Japanese shows that are about to premiere new seasons on Netflix, like Alice In Borderlands and The Way Of The Househusband!

Then, just for fun/because we are the furthest thing from experts on the topic, we discussed the actual news of the day, specifically the fact that HBOMax continues to remove and/or cancel shows in increasingly brutal ways, and what it might mean for where streaming is headed in the near future! (RIP Spectrum Originals)

Podjiba! Where only one of us once worked selling Christmas trees (you’ll never guess who) is available wherever podcasts are (okay you’ll probably be exactly right on the first try) including right here.


← Seth Meyers And Lizzo Go Holiday Day Drinking | HBO, 'Westworld,' and Why Freevee and Roku May Save the Streaming Industry →