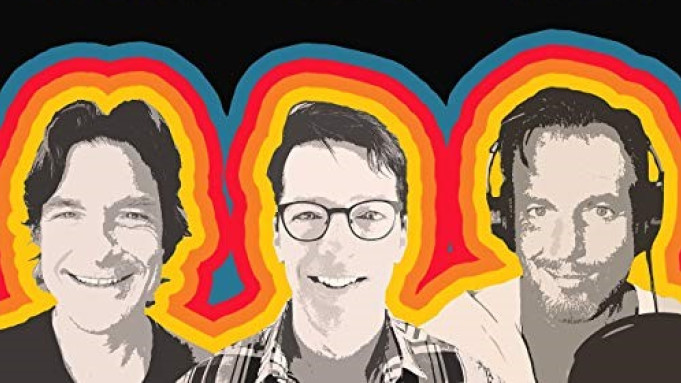 The Podcast Bubble Has Not Burst Yet, as Amazon Shells out $80m for 'Smartless'

Those of you who have to decide whether to listen to your podcasts on Spotify’s app or the Apple podcast app (or wherever the hell else you listen to them? iHeartRadio?) may have to weigh your options again, as Amazon and its podcasting platform, Wondery (purchased last year) are moving into the space in a big way. Because Spotify has already snagged exclusive deals with Joe Rogan, Gimlet Media, and Dax Shepard (beginning tomorrow), the number of hugely popular podcasts is dwindling, so Amazon had to pony up $60-$80 million for the exclusive rights to the Smartless podcast. With the deal, Smarltess — a celebrity interview podcast hosted by friends Jason Bateman, Will Arnett, and Sean Hayes — will stream exclusively on Amazon Music and Wondery+ for one week before it’s available elsewhere.

This is a big deal, primarily because it will be a loss-leader for Amazon/Wondery. With the exception of Joe Rogan, podcasts do not earn $20 million a year (Shepard’s Armchair Expert podcast reportedly earned $9 million in 2019 as the fourth most profitable podcast behind Rogan, Dave Ramsey, and My Favorite Murder). For Amazon/Wondery, it wasn’t about making its money back on Smartless but about moving people over to their platform. Smartless certainly isn’t gonna make $20 million a year shilling for CBD products and AutoZone (the Autozone ads are often the funniest thing about Smartless, not because the ads themselves are funny, but because they’re being delivered by three men who probably have no clue how to work on a car).

Is Smartless worth it? I mean, I guess? Is any podcast worth switching platforms? I moved to Spotify for Reply/All (oops), but I had no particular loyalty to Apple, which at this point isn’t really competing for big names (although, it does provide ad-free subscriptions and offers tools for podcast creators to provide their own subscriptions). I just hate the idea that the podcasting world is being sliced up and commodified like everything else. It’s great for in-demand podcasters (Alexandra Cooper got $20 million from Spotify for the exclusive rights to Call Her Daddy), but for listeners, it may soon mean subscribing to numerous platforms to find our favorite podcasts, just like we’re already doing with streaming TV.

At least we still have audiobooks … mostly provided through Audible, which is owned by Amazon. Ugh. IS NOTHING SACRED? Why yes! Podjiba, which has not yet sold out to Spotify or Amazon for dozens of dollars, can be listened to wherever podcasts are listened to. Plus, we’re still weighing what random show we will discuss in August: The final season of Lost, Love Monkey, or some goddamn anime series Dan and Tori will inflict upon me as torture? Your suggestions are welcome.