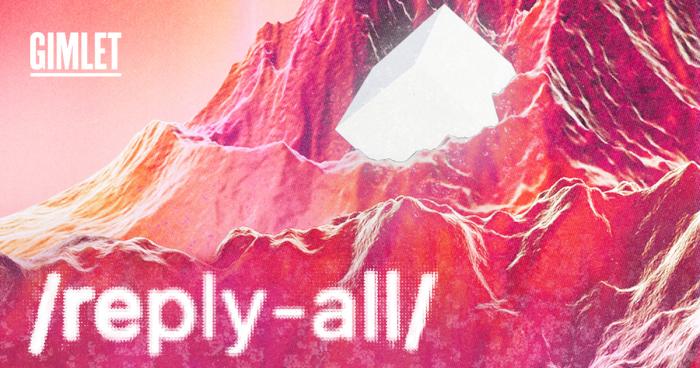 Full disclosure: I was a longtime regular listener of Reply All before all of the drama with their “The Test Kitchen” series went down, but I had no idea about anything going on behind the scenes because I don’t keep up with podcast gossip, although Starlee Kine had been trying to tell us. (Many of the commenters here, however, are well versed in Gimlet Media gossip and shared as much in the Starlee Kine post).

In any respect, PJ Vogt is now gone, as is Sruthi Pinnamaneni — the host of “The Test Kitchen” — and Reply All came back recently with its first episode (aside from an apology episode) after a long hiatus. It’s now hosted by Alex Goldman and Emmanuel Dzotsi, the latter of whom was promoted to co-host last October.

The first episode back was … unremarkable. It’s clear that the show wanted to dip its toes back in slowly and avoid any issues that might stir controversy, so it introduced a new segment (which I assume, sadly, may replace its long-running “Yes, Yes, No,” because of its strong association with Vogt and Alex Blumberg, who may or may not be a little toxic after “The Test Kitchen”/Starlee Kine).

The segment is called “Search Party,” and honestly, it’s not that interesting. Moderated by tech reporter Ashley Feinberg (Gawker, Slate), it involves Goldman and a guest — here Katie Notopoulos (Buzzfeed) sharing with each other pages of their unedited Google and YouTube search histories. The two then dig through them and try to find their most embarrassing searches.

For Notopoulos, Goldman dug up a number of Nerf War videos that Notopoulos had searched for on YouTube because she has a five-year-old and during the pandemic, parental restrictions went out the door. Meanwhile, the most embarrassing thing that Notopoulos could find about Goldman were Halo slash fiction searches. Both searches were about a 3.5 on the humiliation scale, so it wasn’t exactly a rousing or insightful return for the most popular podcast on Gimlet Media, for which Spotify paid $230 million.

Alas, for the time being, Science Vs. hosted by the ever-charming Wendy Zukerman continues to be the most compelling Gimlet podcast (especially if you’re interested in the science of dog food) or the health benefits of those 7-Minute workouts.