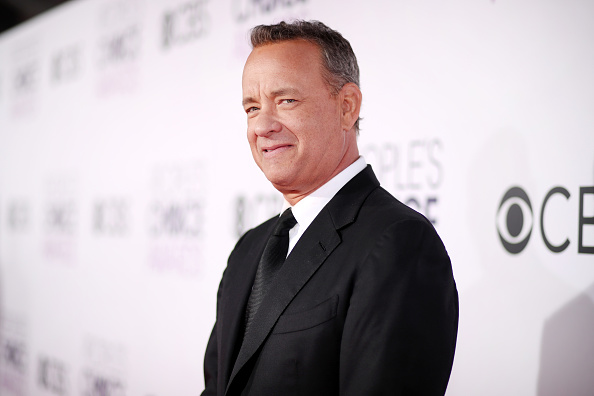 For the unfamiliar, actor/comedian Connor Ratliff hosts a podcast called Dead Eyes. Over two decades ago, Ratliff was rejected by Tom Hanks for a small role on Band of Brothers because, he was told, Hanks said that he had “dead eyes.” That’s the premise of the podcast.
You wouldn’t think Ratliff would get a lot of mileage out of it, but he’s up to three seasons and 30 episodes now, and I’ve listened to nine or ten of them myself, and you’d be surprised by how much juice there is in the idea. Ratliff has spoken to a number of other actors who were rejected for Band of Brothers (Seth Rogen, David Krumholtz, Zach Braff, Adam Scott**); he’s talked to people who have worked with Tom Hanks (including the kid who played the young Tom Hanks character in Big); he’s talked to people who were actually in Band of Brothers (Ron Livingston); he’s talked to Damon Lindelof (in the episode that turned me on to the podcast) and Rian Johnson; and he’s even talked to Tom Hanks’ son, Colin.*

It’s a great podcast, and I think one that actors themselves appreciate the most because they talk a lot about failed auditions; the nature of failure; and how small, insignificant moments to one person can have a lasting impact on another person. To wit: Tom Hanks probably doesn’t remember rejecting Connor Ratliff twenty years ago for a small role in Band of Brothers, but that moment has been so significant to Ratliff that he’s not only created an entire podcast around it, but the podcast itself — despite 20 years of bit parts in movies and television shows — is the thing that he’s most famous for now.

The whole podcast reminds me of Marc Maron’s decades-long obsession with Lorne Michaels after Maron was rejected as a cast member for SNL, and he couldn’t let that go until he finally spoke to Michaels himself. Once he did, Maron finally stopped bringing it up in every other episode.

Likewise, the one person that Ratliff has yet to speak to on his podcast is Tom Hanks himself. That’s about to change. Ratliff has been circling that wagon for three seasons, and Tom at least already knew about the podcast from Colin (it was mentioned on a family text thread). Hanks has agreed to appear on the third season finale where, according to Deadline, “Hanks will share unheard stories from his journey to the top of the A-List, explains the unspoken rules of working on a set, his process for selecting projects and actors, and other wisdoms and revelations that offer Ratliff satisfying closure.”

The big question, and the one posed by Lindelof in the third season premiere, is whether finally talking to Hanks will satisfy Ratliff or ultimately be a huge letdown? Either way, I think the downside here is that, after speaking with Hanks, will there be any reason to continue producing Dead Eyes?

If you’re looking for a decent podcast to listen to, it’s a good time to catch up.

*(I’ve listened to Colin Hanks on numerous podcasts because I am a sucker for hearing him talk about the nature of growing up the son of Tom Hanks, and honestly, he experiences a lot of the same feelings that Chet Hanks has spoken about, only Colin knows how to handle and channel it better).

** The Adam Scott episode reminded me of his and Paul Rudd’s recreation of the Bosom Buddies opening credits, which I include here because the Billy Joel song has been stuck in my head all morning and I’m passing it on. Also, because it’s spectacular.