The Theodosia children’s book series by Robin L. LaFavors is set in the early 20th century and follows the adventures of Thoedosia Throckmorton, a young British girl who helps in her father’s museum. She can see magic and dispel curses on the Egyptian artifacts brought back to London by her Egyptologist mother. In this adaptation from HBOMax, Theo (Eloise Little from His Dark Materials), along with brother Henry (Frankie Minchella), friend Will (Nana Agyeman-Bediako), and Egyptian princess Safiya (Yasmina El-Abd), must stop a secret society from using ancient Egyptian magic to destroy the world. Take a look.

There are hints of Indiana Jones but it’s basically The Mummy for kids, right? Though to be fair to the cast, writer George Poles, and director Matthias Hoene will be hard-pressed to replicate even a fraction of the classic’s charisma and energy. With 26 half-hour episodes, they’ll have plenty of time to try. I’m curious how they’ll handle the Brits looting ancient Egyptian artifacts for their museums. That part’s accurate, historically speaking, but isn’t as easy to brush past as it was in 1999. 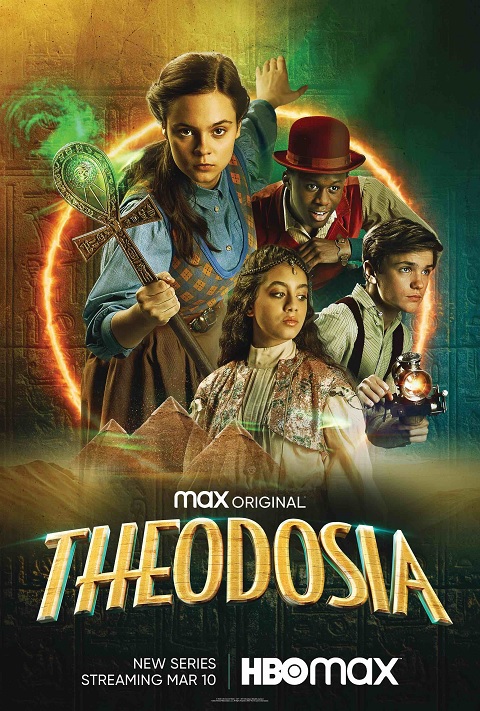