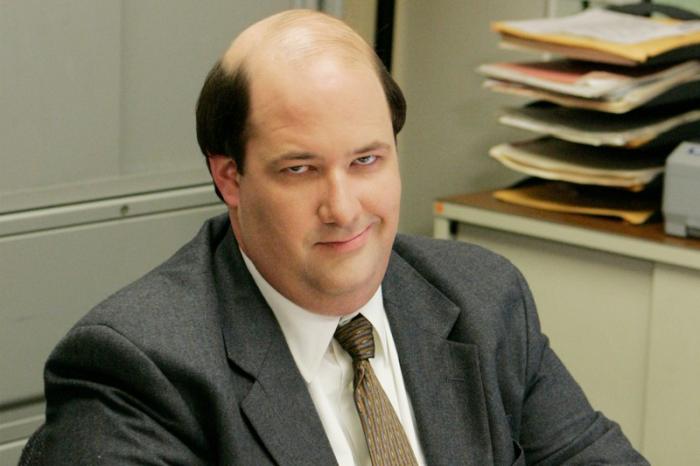 Briefly: A Review of ‘An Oral History Of The Office’ Podcast With Host Brian Baumgartner -- No Comment

An Oral History Of The Office podcast with host Brian Baumgartner debuted this morning with three new episodes, of the 12-episode run. I immediately listened to all three, because I had hoped for a few juicy tidbits or exciting revelations from nine seasons of The Office. Were we privy to any new revelations? No comment. Did An Oral History Of The Office feel like a slickly produced (Spotify money!) Cliff’s notes version of Andy Greene’s The Office: The Untold Story of the Greatest Sitcom of the 2000s: An Oral History? No comment. Do Jenna Fischer and Angela Kinsey provide a far more enjoyable and chill podcast hang with The Office Ladies podcast, which has been airing now for nearly a year? No comment.

No one obviously has the right to corner the market on The Office mythology. But does it feel a little jerky that Baumgartner came along a year after Fischer and Kinsey started their podcast and crowded the market. No comment! Look! They’re completely different beasts: The Office Ladies is a charming podcast in which two best friends reminisce about their days on the long-running podcast, while An Oral History Of The Office is more like a full-length The Ringer/Grantland oral history expertly edited with talking heads (including the very gracious Kinsey and Fischer). Is one better than the other? No comment. Is there anything in An Oral History Of The Office that the average The Office enthusiast hasn’t already heard? No comment. Does Baumgartner sometimes treat banal tidbits as exciting new intel? No comment. When Baumgartner says that he’s nothing like his character on The Office, am I skeptical? No comment!

Honestly, I have no real reason to dislike An Oral History Of The Office, except for a vague feeling that Spotify thought, “Earwolf has a The Office podcast. We have to get one of our own! Which The Office cast member can we convince to gently step on Kinsey and Fischer’s toes? I bet the guy that plays Kevin will do it!” For viewers who are new to The Office lore, however, this is a very fine primer, and it’s nice to hear all those familiar voices provide charming talking head commentary. But to anyone who wants a more richly detailed, less self-serving oral history of The Office, Andy Greene’s book is a much better alternative, while The Office Ladies is a better alternative to The Office fans who just want an excuse to spend time with some in the cast.

← How Much Exactly is a Billion Dollars? | 5 Shows After Dark: 'Showbiz Kids' Documentary on HBO, 'America's Got Talent' on NBC →