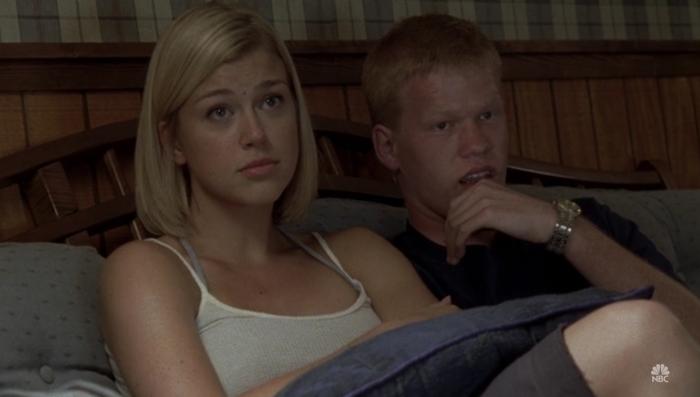 We Don't Know Why Either: The Podjiba 'Friday Night Lights' (But Only Season Two) Rewatch Begins!

Just to give you a sense of what a normal episode of Podjiba might have covered this week:

- Perhaps we may have had a discussion of the third season of Search Party, which finally premiered on HBO Max last week after being filmed back in 2018!

- Or Dustin and Tori might have tried to confuse me with more tales of German time travel with Dark, which also returned last week for their third season.

- While it’s a movie, it certainly would have been adjacent enough to our lane that we might have given our opinions on Eurovision Song Contest: The Story of Fire Saga (which, thankfully, has been well covered here already).

None of these topics, however, are on today’s podcast. Because July has been deemed (for reasons beyond all of our understanding) Friday Night Lights (but only season two) month! Which means we instead dive into the first three episodes of the season (some of us for the first time), and answer questions like:

- Who is the worst, and why is it Julie?

- Wait, how did so much happen in just the first episode?

Yeah, there’s four more weeks of this. It’s gonna be great! And if you want to watch along with us, next week’s podcast will cover episodes 4-6 of season two (“Backfire”, “Let’s Get It On”, and “How Did I Get Here”). The entire series is available on Hulu and IMDBTV.

In the meantime, if you want to hear today’s episode, it is, as always, available wherever you get your podcasts (protip: if someone tries to make you pay for Podjiba, it’s a scam! Also, let us know, because we definitely are not getting our cut). The episode can also be streamed below, or downloaded here.