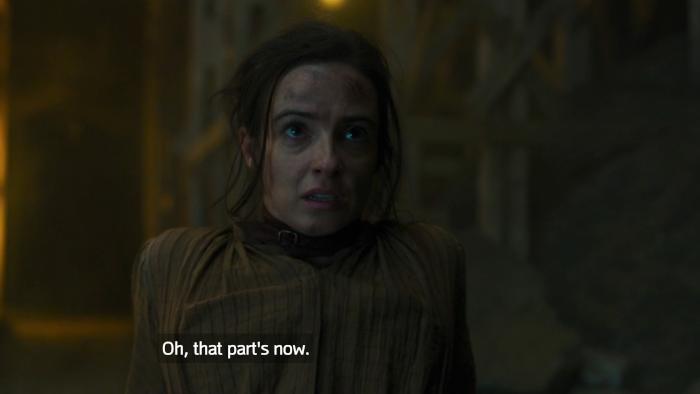 'Mare Of Easttown' And 'The Nevers' Highlight A Weird Podjiba (Even For Us!)

Much like Amalia True in The Nevers, this week on Podjiba we are also somewhat dealing with things out of order.

Some of this is because of circumstances which will become clear later (although you can probably guess, it isn’t very difficult), but some of it is also because we were collectively in a weird mood and we just sort of went with it! And not to spoil too much of the podcast episode (since, after all, we enjoy it very much when you listen and discover along with us what has happened), but let’s just say that we do not necessarily follow our normal episode structure.

That being said, here’s some of what comes up this week:

- We jump in as Dustin catches us up on what’s been going on with Mare Of Easttown (which may or may not have also led us down a brief Guy Pearce rabbit hole)!

- Another week brings another incorrectly-titled Manifest Minute (As a little preview, this one involves wood from Noah’s Ark and something called dark lightning?)!

- Tori catches us up on Kung Fu before the show goes on a (one week) hiatus!

- We all collectively discuss what has happened in the Season 1 Part 1 finale of The Nevers!

Podjiba! A podcast that is mostly about television. Available wherever you find your podcasts and also right here, which you already know.