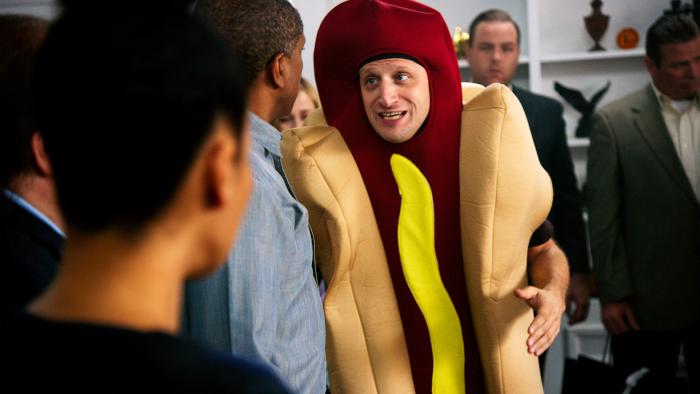 'Made For Love' Ends, Dustin Watched 'I Think You Should Leave,' And More On Podjiba!

If you listened to last week’s episode, you know one of Dustin’s shameful secrets: due to his villainy, he had not yet watched I Think You Should Leave on Netflix.

And look, there is too much television and none of us can watch everything, which is totally fine and cool. But Dustin also reviews SNL every week, and so, you know, maybe he should watch more sketch comedy is all we’re saying.

But there is some good news, in that Dustin did watch ITYSL over the past week (along with another absurd number of shows), and he definitely enjoyed it! Or at least most of it. He still had some evil things to say, he is still the villain of the show, after all.

Also putting Dustin firmly in the villain column this week: he struggled with his 5 Minute Free For All, in which he listed 28 (!) shows that he watched this week, but due to timing and preparation he mentioned a mere 7 before running out of time.

(He promises he will strive to do better next week.)

Outside of Dustin’s too many shows, we also covered the usual suspects from the HBO/HBOMax world: the season (hopefully not series) finale of Made For Love, the latest dark hijinks in the world of Barry, the most recent happenings from Hacks, plus another installment of Tori’s Kung Fu Corner, all before we ran out of time!

Podjiba, the podcast currently limiting ourselves to an hour, for reasons, can be found on your favorite podcast platform, and also right here.