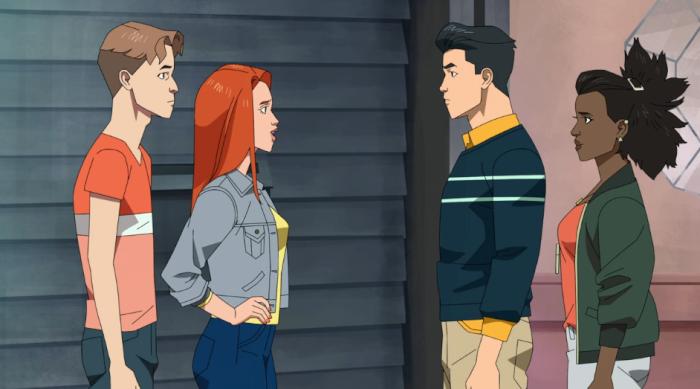 'Invincible', 'Shadow & Bone', 'The Nevers' And More On Podjiba!

Have you seen the movie Holes? Apparently, it’s beloved? And based on a book? And has a great cast?

Obviously, Podjiba is still first and foremost a podcast discussing television, but it came up in the intro this week and led into a brief but inevitable Dustin vs. Tori & Dan battle!

When we actually get to the television, it turns out that there’s quite a bit to cover:

- Tori brings us another Kung Fu Corner, which now (along with the show) has been renewed for season two!

- Dustin’s Manifest Minute returns after a week away, now with two episodes worth of show to dissect!

- We talk about the season one finale of Invincible!

- Dustin and Tori discuss Shadow & Bone, which I still haven’t seen, and also leads to the greatest/longest awkward pause in the history of the show! (If you hear it and think your audio cut out, just keep going, I swear it’s intentional.)

- We end with another week of The Nevers, which two and a half of us watched!

- I almost forgot, there’s also a game! Finally! Hopefully, I can remember to plan these more often again.

If you’re looking for Podjiba, you will likely find it wherever podcasts tend to congregate. Also, you can always listen to the embedded version below, or download the episode right here as well.


← The 'Game of Thrones' Spin-Off, 'House of Dragon,' Releases Its First Images | Tucker Carlson Tries to Attack Stacey Abrams for Being a Romance Author →