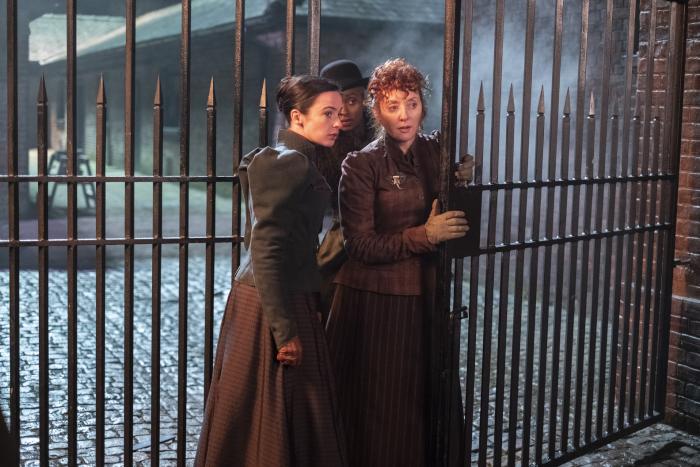 'The Nevers' Recap: My Aim Is True

Four episodes into HBO’s The Nevers and it continues to be both wildly entertaining and completely inscrutable. This week’s episode opens at Mary Bright’s funeral, which most everyone attends, save for Amalia True, who has decided to return to her old drinking-and-carousing ways by starting a fight in a bar.

Mary is dead, but it’s Amalia who feels abandoned and alone, although it’s still not clear who or what it was that abandoned her. Lord Massen, however, comes into sharper focus as the main villain, or at least a villain, or maybe even lead representative of the real villain of The Nevers, the patriarchy (oh, the irony, Whedon. The irony!). Massen is the ultimate Republican: He wants to maintain the status quo for the wealthy ruling class, which means both busting unions and beating back The Touched, which he sees as a threat to his status (this despite the fact that his “dead” daughter is likely an imprisoned member of The Touched).

Did Massen kill Mary? Amalia seems to think so, although Massen himself claims to believe that Mary posed no threat to his rule. Ask President Coriolanus Snow, however, and you may be told that the greatest threat to the status quo is “hope,” which is exactly what Mary figurately offered to The Touched in her songs (Ted Lasso can offer a few words on “hope” as well). More literally, however, Mary’s song translated by the various inhabitants of the orphanage also offers hope to Amalia, who — in the lyrics — learns that she is not alone, and that who or what she seeks is underground. Amalia, however, will have to find whatever it is that’s underground — the flying craft that delivered the mutant-creating stardust, perhaps? — before Dr. Hague and his lobotomized army does.

It’s not entirely clear what Massen’s endgame is, either — turn The Touched against each other? — but it is clear that he’s pulling a lot of strings. With Lucy, he’s had a spy on the inside of the orphanage for three years, a spy who could have tipped off Massen to Mary’s whereabouts. Massen also endeavored to use Lucy to trick Amalia, Penance, and Bonfire Annie (who was quick to switch allegiances) into getting arrested for blowing up a fake munitions warehouse, only Amalia rooted out the mole, exiled her, and blew up the real munitions warehouse, much to the dismay of Massen, who seems to enjoy how formidable Amalia is, though he clearly underestimated her.

If that’s not confusing enough, I have no idea what’s going on with Maladie, who is being scapegoated as Mary’s killer. Frank Mundi, meanwhile, somehow managed to neutralize Maladie’s powers and subdue her. He wants justice, which means Maladie has to hang for a crime she probably didn’t commit. Maladie is also hearing voices, perhaps the same voice that spoke to Amalia through Mary’s song. There’s also a reporter named Effie who may or may not also be Maladie. You tell me? Are all three of these people the same person (Effie/the actress Amy Mason/Maladie). 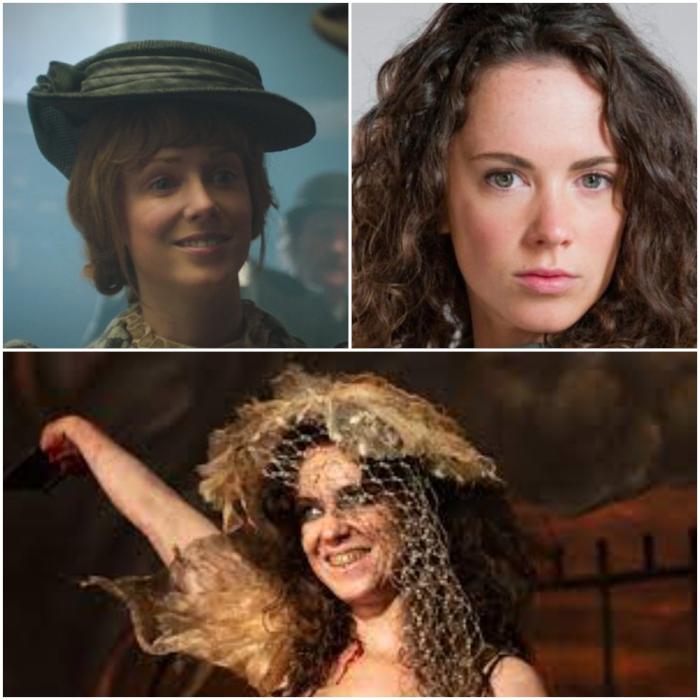 One thing we do know is that Augie Bidlow doesn’t believe his sister is behind the murder of Mary and is smitten with Penance. He’s determined to earn back her trust and “be her friend” after being a total asshole to her (oh the irony, Whedon! The irony!).

— Odium is somehow still alive and convalescing, which means we’ll likely get to see him again. Maybe he will face off against Primrose, the teen giant. The Beggar King’s role in all of this may be the most inscrutable thing about The Nevers right now.

— Speaking of The Beggar King: I watched this episode between the final two episodes of Shadow and Bone, and now I want more than anything for Jesper and Nimble Jack to form their own steampunk rom-com.

— Exiling Lucy means Lucy may get a chance to redeem herself later in the season. I hope she does.

— Hugo Swan doesn’t have much of a role in this episode, except to insist to Mundi that he isn’t behind the murder of Mary. I’m still not convinced that Mundi is who he says he is, either. Also, I didn’t particularly appreciate the brutality he inflicted on Maladie by smashing her head into the wall. Finding out he was a feared boxer, however, was a nice character touch.