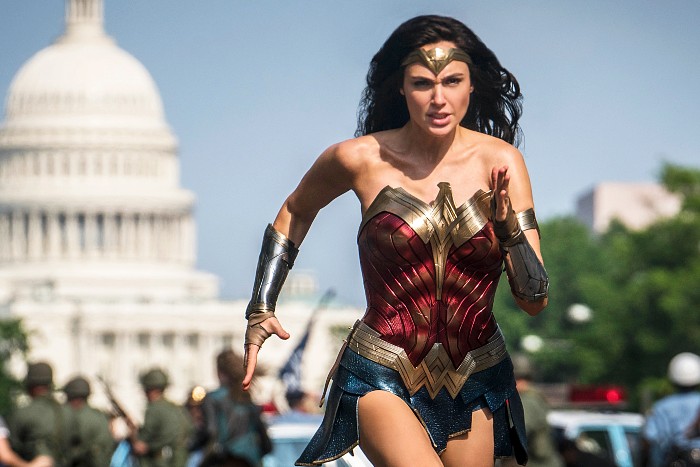 As the head of the new DC Studios, James Gunn was bound to make some tough calls to right the ship, and apparently, one of those calls is pulling the plug on Wonder Woman 3. Wonder Woman 84 was put in the rough spot of being the first major blockbuster dumped on HBO Max during the pandemic, so I can’t help but feel like Patty Jenkins and Gal Gadot got shafted on this decision. That said, WW84 is sitting at 58% on Rotten Tomatoes, and if this new Warner Bros. regime has shown anything, it’s very eager to kill female-led superhero films. Even worse, this will only spur more performative discourse about Gal Gadot from the most annoying people on the internet. Antisemitism, it’s not just on the Right! (THR)

I honestly forgot Jennifer Lawrence is a pro at sticking her foot in her mouth. It’s been a minute. (Dlisted)

Hilary Duff shoots down the myth about carbs. (Celebitchy)

From James: It’s the feel-good story of the day: Manager fired after telling employees they have to bring in their dead dog’s corpse if they need time off for it. (KCTV5)

The New York Times Guild would like people to not cross the digital picket line tomorrow, and yes, that involves breaking your Wordle streak. (The Wrap)

James Cameron is just a blue collar guy who knows what blue collar audiences like, folks. What more can he say? (Variety)

Earlier today, Petr gathered together a bunch of “chronically online” moments that were spurred by a prompt from Vox writer Rebecca Jennings. Turns out, those replies were for a scathing read on how Twitter is creating a legion of online brain weirdos. If you want to make peace with Elon Musk running the platform into the ground, this will help. Frankly, I’d wish he’d do it faster. (Vox)

When Alex Jones is frantically scrambling to distance himself from you, it should probably be a wake-up call. A very loud wake-up call. (Daily Beast)

Sometimes there’s a lot of pressure to thoroughly enjoy a book, but Tracy was just happy to have time to read Sally Rooney’s Normal People and The Fairy Godmother by Mercedes Lackey. "It’s not a groundbreaking book, and I’m not sure I’m interested enough to read the other books in the series since they aren’t about Elena, but the book was entertaining, and Lackey is good at world-building." What was the last book you enjoyed reading? (Cannonball Read 14)