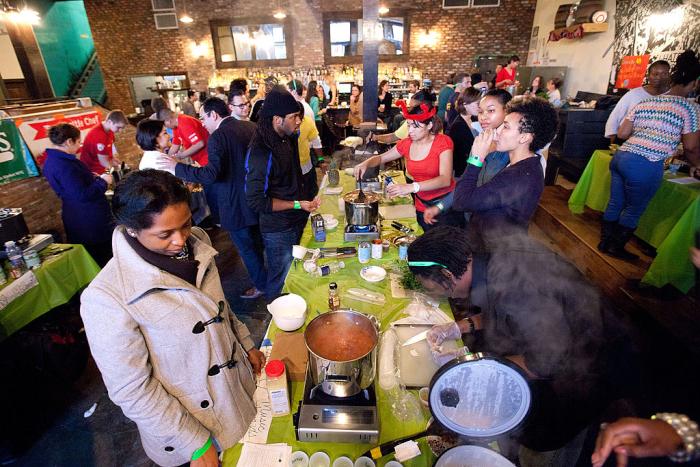 Twitter Users Ponder the Most Chronically Online Discourse Of the Year

For your Wednesday delectation, presented here without comment are so many reasons why I’m going to miss Twitter when that Apartheid moron finally drives it into the ground. Please enjoy and reminisce:

alright folks its time …. what was the most chronically online discourse you saw this year

Chili Neighbours is gonna run away with this due to recency bias but let us never forget "taking care of my own children is unpaid emotional labor and creates an unhealthy relationship between us" pic.twitter.com/qUjBt8OjMK

This guy yesterday got really mad about in-unit laundry pic.twitter.com/wyh6jrQIQR


Ohhh this is a late entry but it's so good. https://t.co/jQCYee41hO


the arc of "reading is ableist," "criticizing me for being a defense contractor is problematic," and "people who say i'm privileged because i own a home are lying bc i have a mortgage" all emanating from the same YA person. not convinced they're not a psy op tbh

— Start your own For-Profit Nunnery! for fun (@PartyChihuahua) December 5, 2022


“sidewalks are ableist” was a good one https://t.co/IsMAm8zcJH

Toss up between the "Enjoying coffee with your husband is bad, actually" madness and this one: pic.twitter.com/BFo0vjcOLk


Very surprised I haven’t seen “Home cooking is problematic” in the replies yet https://t.co/k8CVaxTVf2


I made a post about supporting tv you love instead of hate watching given that it affects what networks choose to support etc and folks said I was classist and gatekeeping television.

Also people said “I love reality tv why can’t I watch it.” You can?? I said watch what u love?

The chili thing, mainly because it happened while everyone was thinking about leaving twitter. We can't leave, there's a chili thing


Just discovered this one the other day pic.twitter.com/U7xJ1MCpw9

"Baristas aren't proletarian" and basically any other evangelizing of hard manual labor.


what was the one that was like, playing fetch with your dog is a form of abuse? that was an all-timer

— dull as the heart of an unbaked brioche (@merrilymaralie) December 5, 2022


Was "safe words perpetuate r*pe culture" this year? That one was bad.


Literally just arrived in my mentions 30 minutes ago:

"Opposition to AI-generated art is ableist"


Too few people have mentioned the problematic authors spreadsheet

The lady who was annoyed with herself for forgetting to throw all her kid's Halloween candy in the trash before her kid woke up.


When we all learned that Swedish folks do not feed their guests.


Haven't seen the "JCO wasn't hot enough to write about Marilyn Monroe" one yet, so adding that


"My son confiding in me reinforces the femme labor paradigm".


allllllllll of the "just breastfeed" reply guys during the formula shortage


← The 'Avatar: Way of the Water' Early Reactions Are Beyond Effusive | 'Christmas Bloody Christmas' Is Not as Cool as It Wants You To Think It Is →