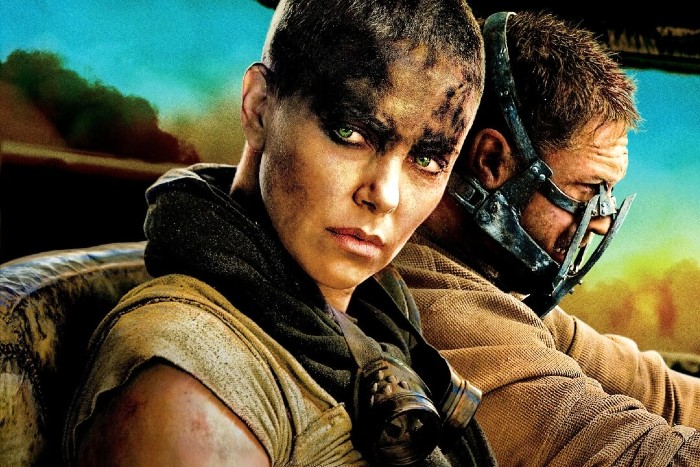 Yeah, I’m sorry, but there’s no way Tom Hardy comes off as anything but a raging, potentially abusive d*ck in Kyle Buchanan’s new book on the making of Mad Max: Fury Road. The dude went off on Charlize Theron and scared the sh*t out of her after she rightly called him out for being three hours late. It got so bad, a female producer had to be assigned to Theron to make sure nothing happened to her for the rest of the production. WTF? (New York Post)

Cardi B is not on Russia or NATO’s side. Weird take, but wasn’t she all in on Bernie? Then this completely tracks. (Celebitchy)

I don’t know where this came from but thanks. #Peacemaker pic.twitter.com/Sk4H0Mi5Es

From Kaleena: Regarding Texas going after trans kids, this thread by this attorney is slightly helpful. (Jorgeson Pittman LLP)

And relatedly from me, eat sh*t, Marjorie Taylor Greene. (MMFA)

From Andrew: I loved watching stand-up on Fridays after school. The Amazing Jonathan’s specials always stuck out to me. Unhinged and hilarious. RIP.

If you haven't seen his routine, there thousands of minutes of his specials online. RIP to an innovative and creative legend that was The Amazing Jonathan. #theamazingjonathan #rip #magic #magician pic.twitter.com/wWS9hsYH5L

If you enjoyed that surprise cameo in this week’s The Righteous Gemstones, here’s a pretty great interview with Walton Goggins on the whole thing. (The Ringer)

My boy Ben Cohen on how Matt Taibbi and Glenn Greenwald are suspiciously silent on Putin’s invasion of Ukraine. (Daily Banter)

New Cannonballer Kreeves gives the cry of many a book reviewer faced with an excellent book, "This review doesn’t do it justice, just read the book!" It’s no surprise, Isabel Wilkerson’s Caste: The Origins of Our Discontents was the most in-demand library book in 2021. Have you read Caste yet? (Cannonball Read 14)