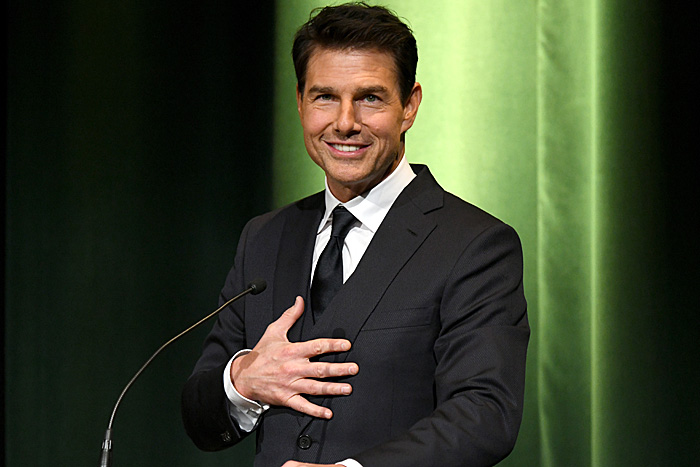 A handful of TikTok stars are being accused of pedophilia and grooming, which only highlights the ethical quagmire of a video platform aimed directly at children and teens. (Lainey Gossip)

Halle Berry wants to represent herself in her divorce from Oliver Martinez, which seems ill-advised and yet, kind of badass? (Dlisted)

Apparently, Kevin Bacon got dragged on Twitter for his mango video where he shares a recipe that almost every single person in California knows about. (Celebitchy)

Tom Cruise made this weird as hell video about seeing Tenet in theaters, which I’m sure is unrelated to reports of Scientology dismissing COVID-19. Probably just a coincidence.

In related news, The A.V. Club will not be reviewing The New Mutants until studios make digital screeners available or the films hit streaming. Whichever comes first. (AV Club)

If you heard reports that there would be announcement on the Breonna Taylor investigation coming soon, go ahead and bury that enthusiasm because it’s still goddamn crickets out here. (The Root)

I’ve heard war stories about TMZ over the years, so I’m not going to act like I’m surprised about this latest lawsuit alleging a toxic, sexist work environment. (BuzzFeed News)

For all my Succession heads out there — Tomelettes? Let’s go with Tomelettes. — here’s an in depth interview with Jeremy Strong on nailing the season two finale. (IndieWire)

High school students accurately reading Glenn Greenwald and large swaths of Rose Twitter for filth? You have my undivided attention.

From Kristy: What does it mean that heralded lesbian dramas are often period pieces with white stars? (Film Daze)

From Kayleigh: Could a burrito kill a man? Binging with Babish recreates the Meat Tornado from Parks & Rec with medical advice from a real nutritionist. (YouTube)

From Seth: This is a great write up about the phenomenal I May Destroy You and creator Michaela Coel. (Variety)

Cannonball Read’s third and final book club of the year, October 16-17, will circle back around to Emily St. John Mandel and her newest book, The Glass Hotel, released this March. Narfna said in her review, "I would recommend this to people who like artistic, highly empathetic depictions in literature, and who don’t mind slow plots with character studies." Have you read this one? (Cannonball Read 12)

This final gem is from Hannah and, hopefully, it makes up for the messed up story about Jerry Falwell Sr. that I shared yesterday. A lot of you didn’t like that one sprung on you, and for good reason! My apologies.

My friend posted this…I am cracking up
Took the cat to the vet and she's pregnant (see 3rd picture) pic.twitter.com/NlpvDU6VPT