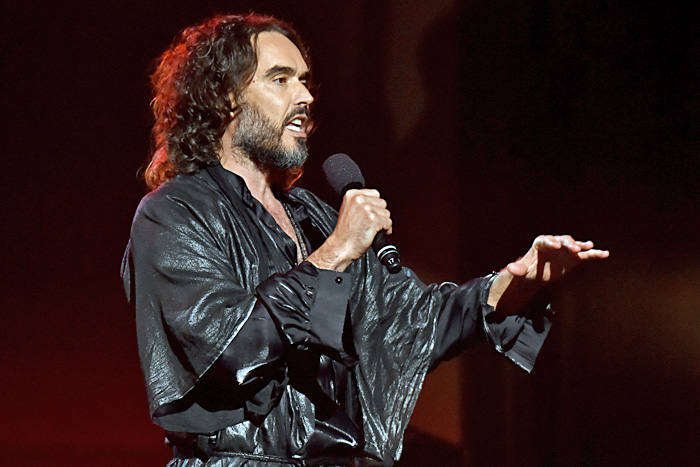 I know this is supposed to be a light, positive piece on fashion, but Jesus Christ, Brie Larson looks like she hates being alive in the banner photo. As she should because we’re trapped in a pandemic while the president dismantles the postal system to steal the election. (Lainey Gossip)

Oh hey, remember how the president is stealing the election by sabotaging the postal system? Taylor Swift is making sure the Swifties are well aware. Best of luck to the Republicans letting this happen. (Celebitchy)

You might have thought you wrote a withering, scathing treatise on Mad Men, but you’re wrong because nothing anyone can or ever will write will ever come close to this January Jones video. This is how I want all of my media critiqued now. Lock her in a room with Barbie dolls and both seasons of Succession then inject that shit right in my veins.

“Of course Black lives matter. Do we think our little white asses are the only ones that matter? No!” — Dolly Parton, legend, queen, an icon worth stanning (Billboard)

What were the best movies of 2000? This A.V. Club list is pretty comprehensive, and Roxana contributed a blurb on Steven Soderbergh’s Traffic. His othering yellow lens: very bad! Practically everything else about the movie: very good! (AV Club)

When I first arrived in Western Pa. for college, I was warned that it’s more racist than the deep south. Case in point, here’s a Pittsburgh judge that got hit with misconduct for calling a juror “Aunt Jemima.”(The Root)

Bless whoever made this. pic.twitter.com/lsftwOioSk

Apparently, Louis CK’s surprise set at Dave Chappelle’s comedy camp didn’t go over well, but that doesn’t change the fact that HIS ASS SHOULD NOT HAVE BEEN THERE. (EW)

The death of Bon Appétit is proof media companies have no idea what makes videos work, but damn, if they didn’t ruin a bunch of good sites in the process. (Gizmodo)

From Hannah on Garbage celebrating a shocking anniversary: “How has it been 25 years? And please, someone tell Shirley Manson that she is an actual goddess, but like, not in a creepy way.” (Independent)

Octothorp broke her self-imposed ban on graphic novels for The Thrilling Adventures of Lovelace and Babbage by Sydney Padua. The blend of non-fiction and fiction in this "what if Ada Lovelace had lived?" tale made for an interesting read. "It’s a strange one, but a damn good one." Did you know Ada Lovelace was the daughter of the poet Lord Byron? (Cannonball Read 12)

A Godzilla museum just opened in Japan. Very soon they will open phase two that includes a ZIP LINE that lets you fly INTO Godzilla's GOD DAMNED mouth.

This is now the greatest thing in the world. pic.twitter.com/0BjOsdylcX