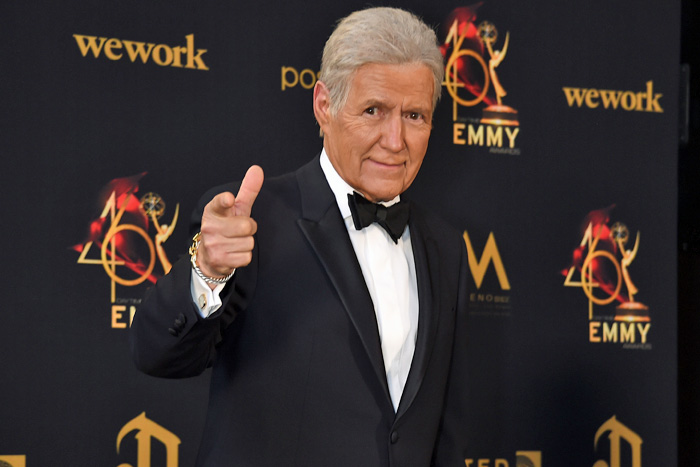 I’m pretty sure one of our more eloquent Pajibans will tackle a fitting tribute to the legendary Jeopardy host, but for now, RIP Alex Trebek. 2020 apparently wanted us to know that it’s a rat bastard of a year that’s still not done yet. (BuzzFeed News)

If you were kind of interested in seeing Tenet, surprise, you can watch it from the safety of your couch way sooner than I expected. (Lainey Gossip)

Rebecca Drysdale, the head writer for The Tonight Show Starring Jimmy Fallon, has left the job after just six months, and no, it wasn’t because she refused to write jokes about Trump. (Dlisted)

Garret Hedlund apparently got a pretty significant DUI back in January and somehow went to rehab without anyone knowing until now. (Celebitchy)

Not exactly what we had in mind https://t.co/RydKGCk9RA

Witney Houston and B.I.G. made it into the Rock & Roll Hall of Fame. (The Root)

I goddamn love Bossip headlines, so you bet your ass I want to read how they crafted their epic announcement for Joe and Kamala. (Vulture)

So, if you're worried: Just spoke with a nice Secret Service agent about January 20th. "Don't worry. We know how to deal with squatters."

A writer for Superman & Lois claims she was fired for flagging #MeToo jokes and “defending the Bechdel Test.” Not good. (AV Club)

A Kickstarter for a new Harry Potter board game was cancelled because of the U.S. election? Yeah, OK, sure. (Kotaku)

The other day Lana Del Rey was making people think she voted for Trump, and now, she’s trying to bang Jake Tapper. Not gonna lie. I’m kinda here for this messy energy. (Jezebel)

In Nothing to See Here by Kevin Wilson, Madison asks her school friend, Lillian, to help take care of her stepchildren, who catch on fire when they are angry. Normally, AnnaCollier doesn’t care for fantastical elements in books, but "in this book the kids catching on fire just felt like another of those hard weird things in life that we all have to deal with, the things we keep from others because we feel ashamed or like other people won’t understand us." How do you feel about magical realism? (Cannonball Read 12)

← 5 Shows After Dark: 'NCIS: Los Angeles' Season 12 Premiere, 'By Whatever Means Necessary The Times of Godfather of Harlem' Premiere | Of Course, He's Going to Be a Dick About It →