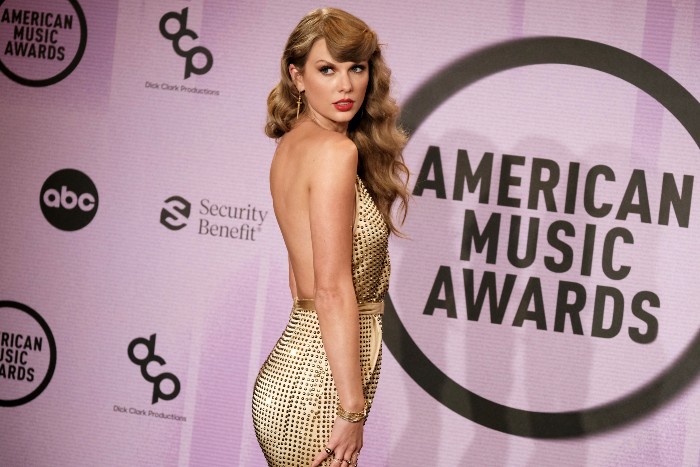 In what has to be a sign of the apocalypse and/or a plastic surgery addiction that makes the Jackson family look like modest dabblers, Khloe Kardashian literally has people confusing her for Taylor Swift. Khloe, the one who looks exactly like Kris Jenner’s old hairdresser and not Robert Kardashian. That one. (Page Six)

Lorenzo Lamas is already blowing his daughter’s chances of being with Leo until she turns 25 and he casts her off the cliff with the other elderly models. (Lainey Gossip)

An artist outed LaKeith Stanfield as the father of her baby hours after he announced his engagement to his new girlfriend. (Dlisted)

From Roxana: More details on the Jeremy Renner accident. I saw a picture of the plow that ran over him and it’s horrifying. (Variety)

Lashanna Lynch explains how her version of Miss Honey dismantles the “Strong Black Woman” trope in Matilda the Musical. (The Wrap)

From James: Someone redid the Across the Spider-Verse trailer with LEGO, and it’s really neat. (YouTube)

Remember when you were in middle school and your teacher would put on the Romeo & Juliet movie from the ’60s, but would fast forward through the love scene? The actors are suing Paramount over said scene. (Vulture)

From Jen: Debra Jo Rupp will return for Agatha: Coven of Chaos. (Deadline)

Here’s what AOC was discussing with Paul Gosar. (Mediaite)

Are you looking for a way to share your opinions about books and help raise money to fight cancer? Cannonball Read just started its 15th year and registration is open now. (Cannonball Read 15)