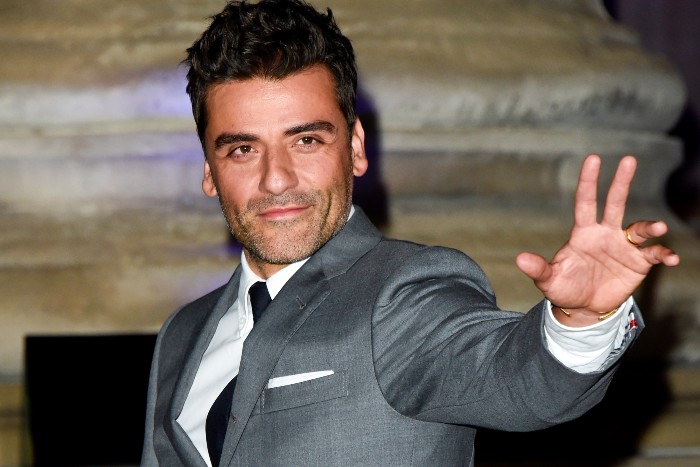 Even though he was promoting Marvel’s Moon Knight, Oscar Isaac had absolutely no problem telling The Walt Disney Company that it needs to step up and oppose Florida’s “Don’t Say Gay” law as “forcefully as possible.” Ethan Hawke, for his part, said something about empathy or whatever. It was fine. (Variety)

Leo’s girlfriend turns 25 in June. May the odds be ever in her favor. (Lainey Gossip)

Despite, well, everything, And Just Like That… is getting a second season. (Dlisted)

The BAFTAs were probably a super-spreader event. (Celebitchy)

a delight to speak to @SamRichardson about all things @VeepHBO for the @vulture Role Call series! we got into his line deliveries, the effect improv had on set, the anti-cynicism of richard splett, and how surreal it is to exist as a funko. read! watch! https://t.co/1tjyZnBdjf

Following an Internet firestorm over news that @RachelZegler, the star of best picture nominee #WestSideStory, had not been invited to attend the #Oscars ceremony, the Academy has invited the up-and-comer to be a presenter at the ceremony: https://t.co/hZSOKcOth7 pic.twitter.com/cACdcVYroh

Abbott Elementary is back tonight, and I went to a Brooklyn Italian restaurant with @janellejcomedy aka Principal Ava to talk about your favorite mean school administrator https://t.co/QJQzcRAB7f pic.twitter.com/4xAWNIwARC

WATCH: An absolutely terrifying (but amazing) scene from Elgin, TX last night when a truck gets flipped by a tornado…then drives off.

A reminder to take alerts very seriously and take cover when tornado warnings are active! pic.twitter.com/LwB2AwcvZH

Kid Rock said he and Trump were once “looking at maps. I’m like, ‘Am I supposed to be in on this shit?’ Like I make dirty records sometimes.

“‘What do you think we should do about North Korea?’ I’m like ‘What? I don’t think I’m qualified to answer this.’”https://t.co/Isj63eMtE2

John Waters on cancel culture: “I have a thing about who I would cancel: J.K. Rowling. Give her some Preparation H for that transphobia. What’s the matter with her?”

From Hannah: Amanda Bynes’ conservatorship is officially over. (BuzzFeed)

From Tori: For my money, nobody nails a clickbait headline like IFLScience: “Doctors Have A Good Reason For Tattooing People’s Colons.” (IFLScience)

Lillie Lainoff’s One for All is finally out and NTE loved everything about it, especially the main character who is chronically ill. It’s "a gender-bent retelling of The Three Musketeers that includes aforementioned chronically ill teenage girl & three others who take up residence in a fancy French ‘finishing school’ that isn’t exactly what it appears to be." Has a book made you feel represented in a way you don’t usually see on the page? (Cannonball Read 14)

WILD ALTERCATION: Two pigs fought off a black bear in Connecticut that hopped over their enclosure and began attacking. pic.twitter.com/oiBp0AU21O

← 5 Shows After Dark: 'iHeart Radio Music Awards' on Fox, 'Abbott Elementary' on ABC | Jessie Buckley Is Terrorized By a Whole Lot of Rory Kinnears in the Unsettling Trailer for 'Men' →