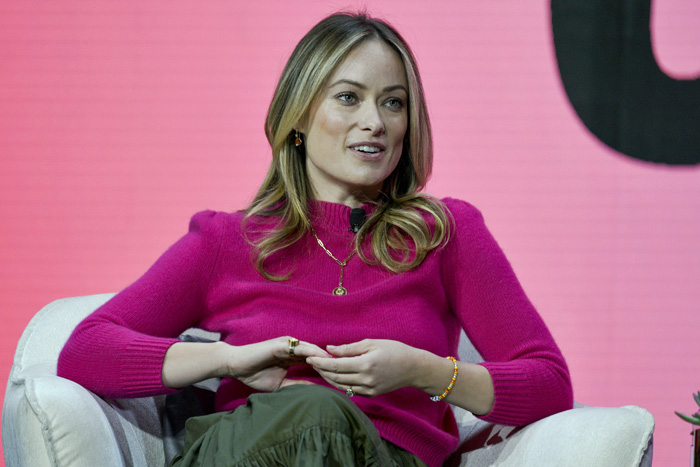 Olivia Wilde opens up about her “No Assholes” policy that led to shit-canning Shia LaBeouf from Don’t Worry Darling, and I really want to know the actor/director that gave her bad advice. Clint Eastwood, maybe? Jon Favreau while they were making Cowboys & Aliens even though I’m pretty sure I’m the only person who remembers that movie? (IndieWire)

Rudy Giuliani and the Kraken lady just got sued by another voting company for billions of dollars. (The Root)

For a refreshing change, some good news about a good person: After the implosion of SYFY FANGRRLS — God, this industry is a cruel butthole — Courtney has landed on her feet as the new Weekend Editor for io9, and she started early today. I’m sure she’d appreciate some click love. (io9)

Kathryn Hahn has always been a secret weapon. (Vulture)

Roxana did a deep dive into the serious racial issues at Bon Appétit last summer and recommends this new podcast on what went down behind the scenes:

Bon Appétit faced an online reckoning last summer, with former employees calling it a racist and toxic workplace. But beyond the headlines, what really happened?@sruthiri reports in a new @replyall miniseries: The Test Kitchen. Chapter 1 is out now. Listen for free on @Spotify.

“I’m a writer on Emily in Paris. I May Destroy You deserved a Golden Globe nomination.” (The Guardian)

So, uh, Quentin Tarantino really likes Joker. Almost as much as feet! (Uproxx)

In news that will surprise no one, Armie Hammer leaving Shotgun Wedding was not a voluntary parting of ways, and his career is reportedly in freefall. (Variety)

New Cannonballer LaneyFace has found herself in her parents’ home with all the books she didn’t read in high school hanging around in the basement. She decided to tackle Henry James’ novella The Turn of the Screw and wished she’d had a class to discuss it with. "I opened this book expecting a full on ghost haunting and closed it with a psychological paradigm looming in my brain." Are there books you wish you could go back and discuss with your literature class? (Cannonball Read 13)

I dare you to find a more accurate representation of the Republican Party right now. It’s impossible.

Hold on, just gonna jerk off a cardboard cutout of Trump before I speak. pic.twitter.com/q0eie7m5aV

← 5 Shows After Dark: 'The Stand' CBSAA, '30 for 30: Al Davis vs the NFL' on ESPN | Morning Briefing: The Biden/Harris Administration Is Kicking Ass →