Here we are, in 2020, and yet again it’s time to yell at people, MAYBE DON’T DO BLACKFACE OR BROWNFACE. We’ve yelled it at an array of politicians from both sides of the aisle, and up north. We’ve yelled it at Julianne Hough and Jimmy Fallon and Ted Danson and Paula Deen and Megyn Kelly. And it’s time to do it again! This time, let’s focus our ire on Bon Appétit editor in chief Adam Rapoport!

Here is the tweet making the rounds: a screengrab of a since-deleted Instagram post from Rapoport’s wife, Simone Shubuck, showing the two of them dressed up as Puerto Ricans. The post is from Halloween 2013 and labeled “TBT,” so maybe the costumes themselves were from 2012 or a preceding year? But either way, NOT GREAT.

I do not know why Adam Rapoport simply doesn’t write about Puerto Rican food for @bonappetit himself!!! https://t.co/rW0k5tjMoS pic.twitter.com/odZnFLz2gd

Gotta love all the little details, like Shubuck’s baby hairs, Rapoport’s chunky necklace and “dorag,” as Simone called it, and the Yankees gear. And if you wanted to argue that this somehow wasn’t brownface, well, the “boricua” hashtag—a term the Puerto Rican community uses to identify themselves—makes it pretty clear.

Is this really so hard? Maybe don’t dress up as stereotypes of other cultures of ethnicities? But apparently the couple’s friends liked it! Jane Larkworthy, beauty editor at large at New York Magazine’s The Cut and founder of Shiska Bagels, according to her Instagram, was scared by her two white friends. Because they were pretending to be brown people. Did you get it?

And here are some other friends chiming in with their approval, including GQ writer Mark Anthony Green:

How does this look for Rapoport? Well, he quit Twitter in 2015 after backlash from a tweet in which he said he was craving “slutty Chinese food,” and I don’t watch that many BA videos, but people who watch them regularly tell me that he can’t tell the brown women in the videos apart. And how does this look for Bon Appétit as a whole? Not great, either! (Remember that Alison Roman, who has her own tricky history with cultural appropriation through her recipes, was a senior editor at BA before leaving in 2015 for BuzzFeed, and then the New York Times. Her time overlapped with Rapoport’s leadership; he has held the EIC job since 2010.) And certain BA employees, some of whom you might recognize from BA’s very popular video series, are speaking out, including associate editor Christina Chaey, research director Joseph Hernandez, writer Jesse Sparks, and contributor Priya Krishna, and former employee Alex Lau:

Haven't tweeted since before Trump was elected. But like so many at @bonappetit who can't be silent right now, I am disgusted and humiliated by my editor-in-chief's actions. It is a disgrace to my colleagues of color who have been doing the real, all-too-often invisible labor. https://t.co/poVXGz6pnh

I'm likely courting internal reprimand, but I'm appalled and insulted by the EIC's choice to embrace brownface in the photo making the rounds. I've spent my career celebrating Black, Latinx, Indigenous, Asian, and POC voices in food, and this feels like an erasure of that work.

I just— I'm furious and exhausted. My whole point for being at this brand has been to uplift and celebrate the work of BIPOC and Queer folx. I've put up with a lot of shit because it was more important to me that I could help other people get the recognition they deserved. https://t.co/GswjEZJLDW

As a BA contributor, I can't stay silent on this. This is fucked up, plain and simple. It erases the work the BIPOC on staff have long been doing, behind the scenes. I plan to do everything in my power to hold the EIC, and systems that hold up actions like this, accountable. https://t.co/admyW8W2eM

yes, I left BA for multiple reasons, but one of the main reasons was that white leadership refused to make changes that my BIPOC coworkers and I constantly pushed for.

While those BA employees have focused on their shock at Rapoport’s actions, Lau goes further into a discussion about BA’s culture overall, as did Sohla El-Waylly, one of the few brown faces featured most prominently in BA’s popular food videos. Her individual videos are some of the highest viewed on BA’s YouTube account:

And in her Instagram Stories, Sohla shared how she’s not even paid for those video appearances, revealing another ugly element of how BA treats its employees who aren’t white. 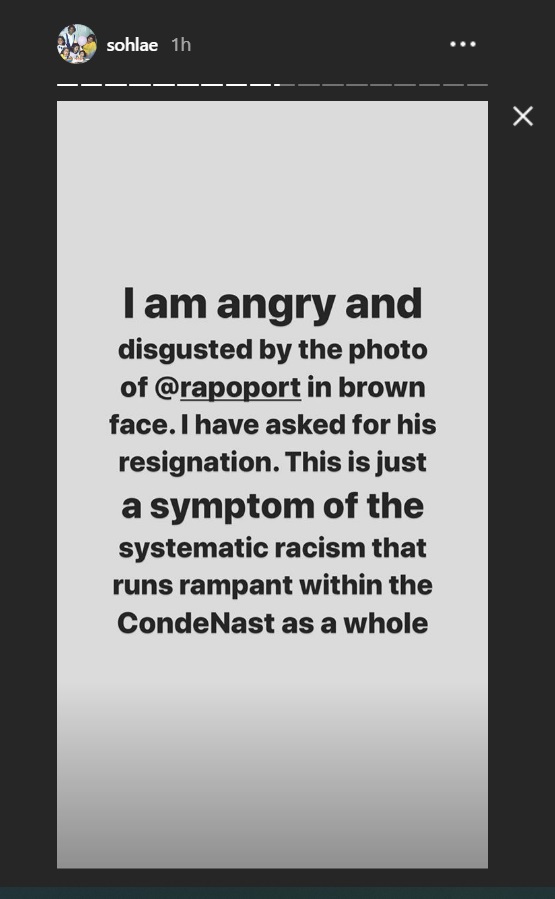 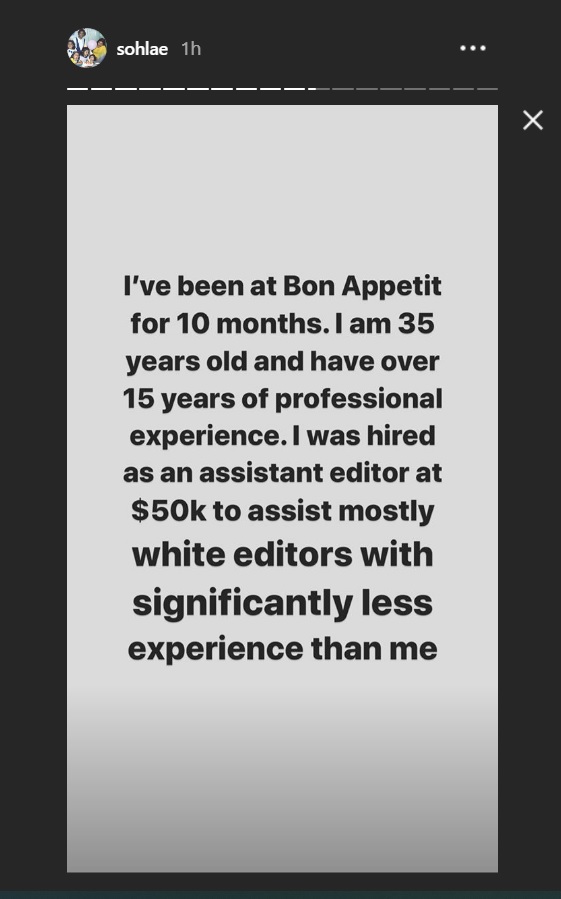 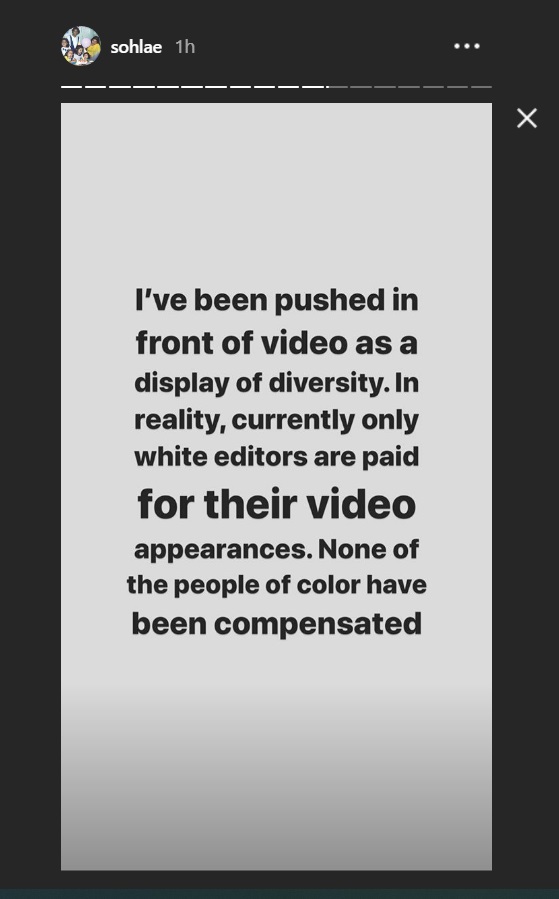 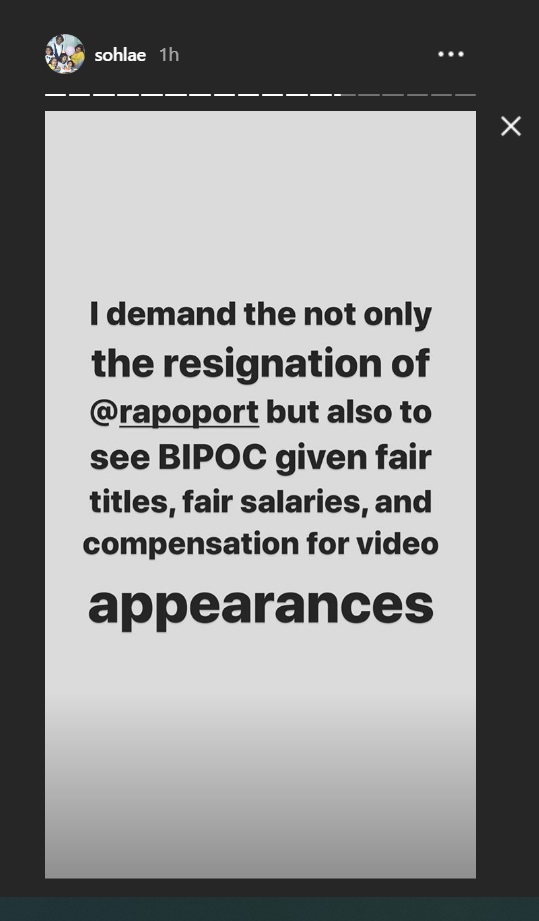 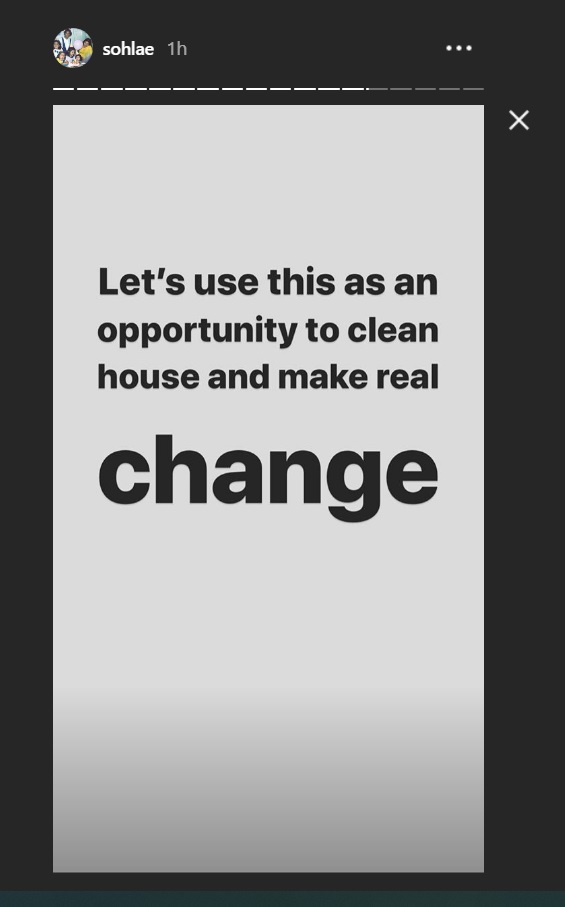 It sure looks like those sticky buns Sohla made in that popular BA video are featured as the profile image on the magazine’s Twitter account. But she didn’t get paid for that video, huh? COOL.

This all comes at a time when journalists are increasingly speaking out about the crappy working conditions, subpar pay, and frustrating punishments they’ve received in newsrooms and from their employers. This thread is 2 years old, but it’s illuminating, and has experienced new resurgence on Twitter in the past few days:

want to know why your newsroom is still v white, no matter how much you talk about diversity? ask your POC employees, many of whom leave for related reasons. threading anon responses from POC who left newsrooms like the ones in this piece: https://t.co/KCJ55yTxt6 DM me yours!

Pushback from the journalists Bari Weiss denigratingly deemed the “wokes” helped lead to New York Times opinion editor James Bennet rightfully resigning after soliciting, publishing, and not even reading the Tom Cotton column that called for the U.S. military and government to basically murder George Floyd protestors if they need to. Former Washington Post journalist Wesley Lowery’s rebuttal to the Post after they attempted to, well, smear his reputation by claiming that his status as a Black man made him too political to do his job has gone viral:

Damn. @WesleyLowery’s rebuttal memo to his former editors at WaPo is a must-read and makes me so furious on his behalf: https://t.co/U6FXl5Y6Z4

And now here we are, waiting on a reckoning that goes from Bon Appétit’s test kitchen all the way up the ranks of Condé Nast. (As of 4:35 p.m. June 8, Bon Appétit has not yet issued a statement on any of this.) Finally, as a reminder to you all: Don’t fucking do brownface or blackface, goddamn, it’s really not that hard. You just don’t do it, and then you’ve never done it! It’s that easy! Also, PAY YOUR BLACK, LATINX, ASIAN, INDIGENOUS, MIDDLE EASTERN, POC, AND WOC EMPLOYEES WHAT THEY ARE WORTH, AND NO, THAT’S NOT AUTOMATICALLY LESS THAN WHITE PEOPLE, YOU ASSHOLES.

there it is: adam rapoport has stepped down as the editor in chief of Bon Appétit. time for Condé Nast to pay their BIPOC employees what they're worth and take a serious look at redeeming what they've allowed to fester here. pic.twitter.com/QAWfPBNSnK

← 5 Shows After Dark: 'The Bachelor: The Greatest Seasons Ever' Premiere ABC, 'The Time is Now: Race and Relations' on A&E Network | Kamala Harris Wrecked Meghan McCain Over 'Defund the Police' Comments →