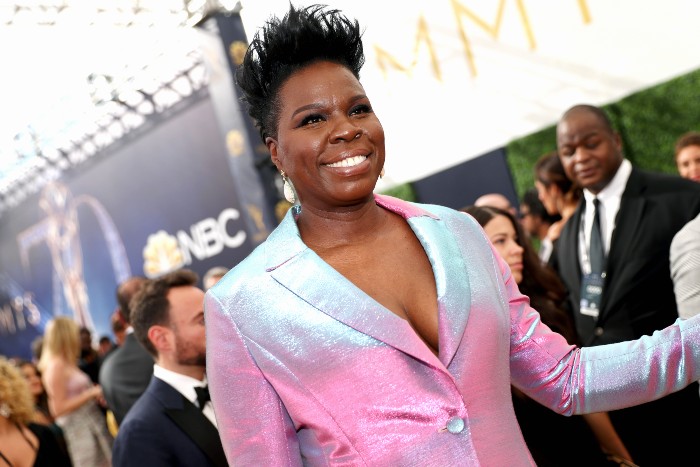 After Leslie Jones said she was done live-tweeting the Olympics because her tweets kept getting “blocked” and she felt “unwelcomed,” NBC News has apologized for the “third party error” and encouraged her to keep the commentary coming. (CNN)

J-Lo says she’s in it for the long haul with Ben Affleck. (Dlisted)

And Jennifer Garner is apparently close to getting engaged. (Celebitchy)

From Jen: What’s the appropriate emoji for “I’m super embarrassed for you?”

I deeply, deeply regret to inform you that this is the rap video of the woman who was just arrested as part of an alleged husband-wife scheme that laundered some $3.6 billion in crypto.https://t.co/F6jSC4U4bY

From Claude: The “Make It Right” debacle is proof of why we shouldn’t depend solely on private individuals and charities to handle issues like housing. (The Guardian)

The headline here should be Matt Walsh is targeting transgender teenagers for harassment. Seriously, eat shit, you turd in a beard. (Daily Beast)

Mission: Impossible 7 and 8 will probably be Tom Cruise’s last, and honestly, that’s for the best. Hell, maybe even stop after 7. (Gizmodo)

And speaking of a Tom that won’t go away, Tom Brady is already talking about coming out of retirement. Goddammit. (Mediaite)

Lucy Foley’s The Guest List has had mixed reception from Cannonballers. Donttrustthe_bea lands right in the middle, seeing the promise, but underwhelmed by the execution. "All the pieces were there for an interesting, ensemble murder mystery, yet most of the characters were so unlikeable any of them could have been the victim/ killer and it wouldn’t have made much difference." Which popular books left you disappointed? (Cannonball Read 14)

Glanced at this quickly and he was watching one of those old handheld TVs pic.twitter.com/gqloD0gxnz