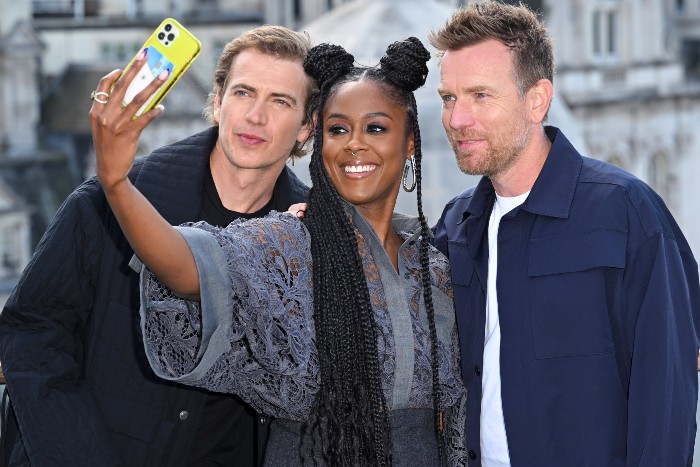 In a sadly predictable turn of events, Moses Ingram, who plays Reva the Third Sister on Obi-Wan Kenobi, is already being bombarded by an absolutely horrific barrage of racist Star Wars fans. While Ingram had previously revealed that Lucasfilm and Obi-Wan director Deborah Chow had “systems in place” for just this sort of reaction, it appears to be way worse than anyone could’ve imagined. (IndieWire)

In response, the official Star Wars Twitter account took a surprisingly bold stance by letting its racist fans know it hates them, which almost makes up for entirely catering to them by shoving Kelly Marie Tran in a corner for all of The Rise of Skywalker. Almost. I was going to embed it, but I like Rahul Kohli’s tweet better.

Not gonna clog up my timeline broadly discussing Hollywood and diversity. The main story is powerful enough.

Dogecoin creator says Elon Musk is a “grifter” who doesn’t know how to code. (Celebitchy)

“He was one of the best screen actors this country ever produced, and that was partly because he was the sort of guy who’d roll his eyes at a piece like this.” https://t.co/g7Tg4lUvqk

From Dustin: Isabel P. pitched this to us a while back, and it is incredibly impressive in scope and ambition, but it would have taken me half a workday just to format it for the site. Check it out, especially if you’re a fan of Seth Meyers. (Missing F Key)

The story behind that perfect episode of Hacks. (Daily Beast)

From Seth: Couple weeks old but new to me. Riz is a fucking boss. (TikTok)

From Petr: Even more insightful addendum to that Swedish discourse.

Patton Oswalt calls out Generation X comics, himself included, for paving the way for the alt-right by making “ironic” racist jokes. (Mediaite)

The jurors in the Johnny Depp and Amber Heard trial are reportedly hung up on the headline of her Washington Post op-ed, which probably isn’t a good sign. (The Wrap)

ASKReviews picked up The Things You Can See Only When You Slow Down: How to be Calm in a Busy World by Haemin Sunim hoping to find the content matched the title. It did. "Reading this book gave me more of a feeling than an intellectual reaction." How do you find calmness in the world? (Cannonball Read 14)

After a baby sloth fell from a tall tree, staff members at the Jaguar Rescue Center in Costa Rica worked to make sure it was healthy before reuniting it with its mom. https://t.co/XZlU40wVPa pic.twitter.com/eXVJmJQT92

← No, Having a Baby in America Isn't Terrifying At All: 'Our Father' and a Failure of Legal Protections | The Uvalde Police Chief Is Sworn Into City Council as Police Dept. Closes Ranks →