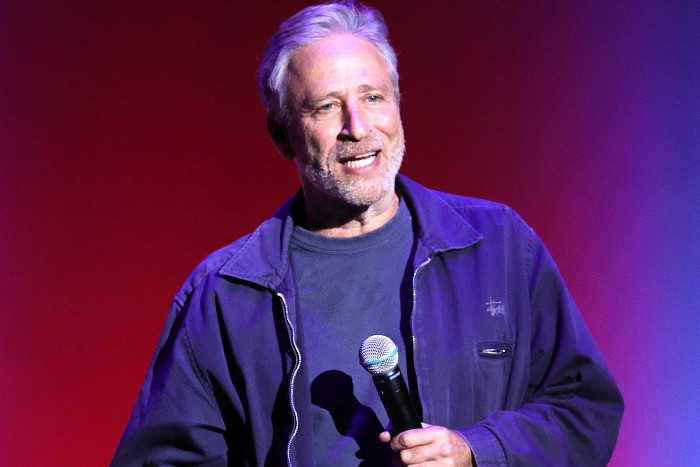 Despite pretty unambiguous video to the contrary, Jon Stewart is lashing out at media reports that he called J.K. Rowling anti-Semitic. In a new video posted to his Twitter account on Wednesday, Stewart denied hurling the accusation at the author and the Harry Potter series as he attempted to blame Newsweek and the media for being “arsonists” who took a light-hearted conversation and twisted it for headlines, or whatever. Just a real profile in courage all around. (Variety)

We could be witnessing the making of a new gossip megastar: Julia Fox. (Lainey Gossip)

No celebrities have agreed to attend the 2022 Golden Globes. (Dlisted)

Kate Middleton won’t be having a big birthday party for 40th. I mean, she’s still going to have one, but not like huge, you know? (Celebitchy)

What if the GOP had broken up with Trump? (FiveThiryEight)

From Steven: I remember when McSweeny’s was satire. (McSweeney’s)

If you’re a fan of BioShock like me, you’re probably wondering when Ken Levine’s next game is coming out. Don’t hold your breath, and also prepare to have your interest dramatically wane. (Bloomberg)

Are you looking for a place to review the books you got as gifts, or bought yourself because you saw them on a Best of the Year list? Cannonball Read 14 would love to be that place for you. Registration is open. Join them in sticking it to cancer one book at a time. (Cannonball Read 14)

← Novak Djokovic's Visa Was Denied at the Border | Everybody Loves Rocco ... Except Elmo, That Is →